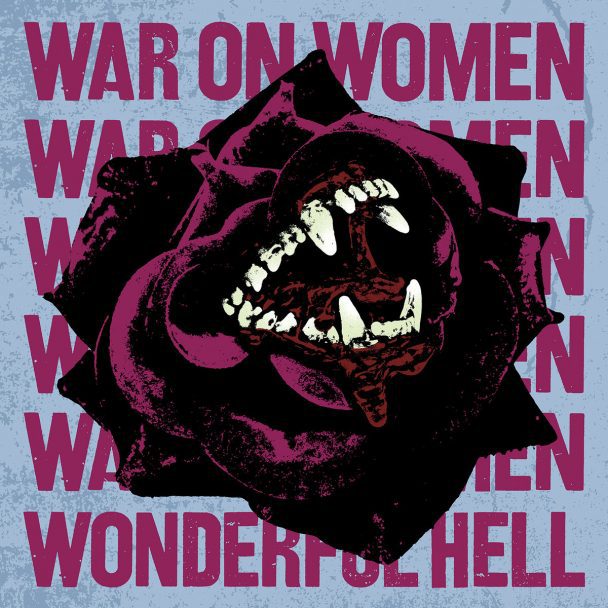 Two years ago, the Baltimore band War On Women released their album Capture The Flag, a searing and politically righteous record of metallic punk bangers. That album felt ferociously urgent at the time, and it hasn’t lost any of its intensity since then. So it’s great to see the news that War On Women are coming back with another new LP next month, and that its first single absolutely stomps ass.

War On Women’s new album is called Wonderful Hell, and it’s set to come out in just under two months. The band started recording the album in February, and they finished it up in April, when they would’ve been on tour with Bad Religion if not for the pandemic. Jawbox frontman and post-hardcore legend J. Robbins, the producer of Capture The Flag, co-produced Wonderful Hell with War On Women guitarist Brooks Harlan.

Lead single “Wonderful Hell” is a strident, fast rocker about the need to continue making noise against oppression. It’s not easy to marry huge, festival-ready choruses to feral, intense punk rock without coming off cheesy, but War On Women consistently pull it off. In a press release, frontwoman Shawna Potter says, “I think it expresses something that a lot of people are feeling. Like, ‘OK, we had our moment. Now it’s time to get back to work. We can’t let this happen again. We can’t endure another four years of this.’” Check out the new song and the Wonderful Hell tracklist below.

Wonderful Hell is out 10/30 on Bridge Nine Records.