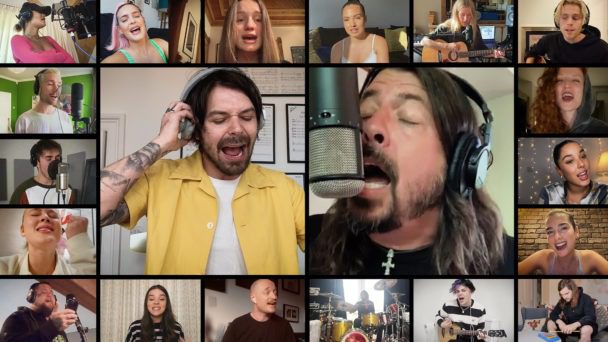 The new “Times Like These,” produced by Grammy winner Fraser T. Smith, is being released as a single for charity, with the proceeds going to support BBC Children In Need, Comic Relief, and the WHO’s COVID-19 Solidarity Response Fund. “It’s time like these you learn to live again/ It’s times like these you give and give again,” everyone sings. A video for the updated version of the song featuring all of the artists involved premiered during the BBC’s Big Night In charity telethon. Watch and listen below.