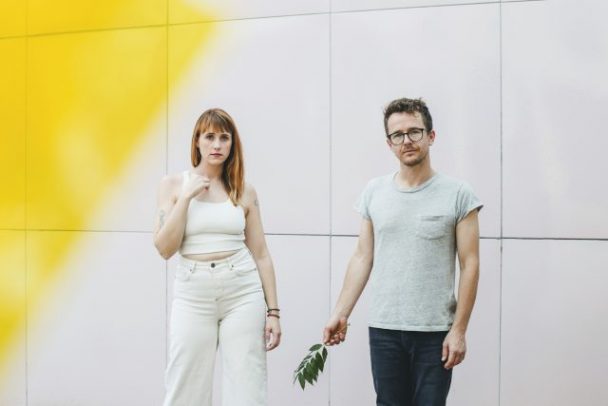 Jenn Wasner and Andy Stack, the two members of the great Baltimore-bred indie duo Wye Oak, have been hellaciously busy lately. Last year, the band released a run of one-off tracks. Last month, Wasner’s solo project Flock Of Dimes released the EP Like So Much Desire. And later this week, Wye Oak will follow up the 2018 album The Louder I Call, The Faster It Runs with a new EP called No Horizon. Up until now, Wye Oak have shared two of its tracks, “AEIOU” and “No Place.” Today, they’ve dropped a third song from the EP.

The newest of those No Horizon tracks — and presumably the last one we’ll hear before the EP comes out on Friday — is called “Spitting Image.” As with the other tracks, Wasner and Stack recorded this one with the Brooklyn Youth Chorus, the kind of touch that really allows Wye Oak to go for full dazed-beauty sensory overload. Over rising, impressionistic tides of drums and electronics, Wasner’s voice winds in and out of the chorus. It’s pretty overwhelming. Listen below.