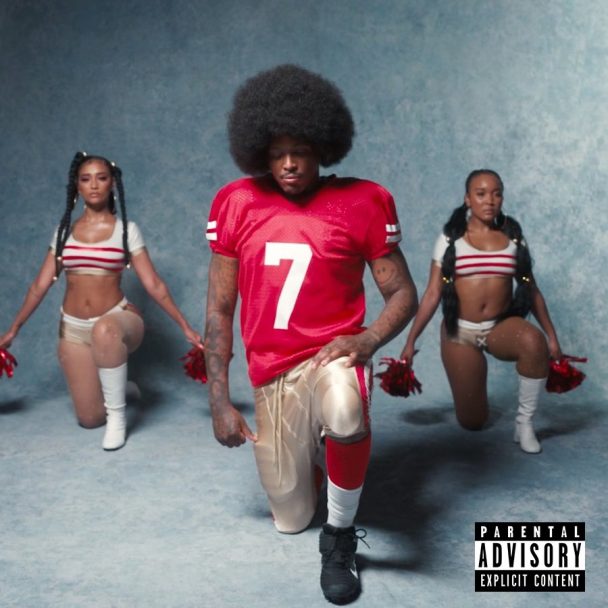 The last thing we heard from YG was the fuck-the-police protest song “FTP,” a sequel to his 2016 anti-Trump anthem “FDT.” And now he’s back with another new track, “Swag,” the latest single from his upcoming album Laugh Now Kry Later following “FTP,” “Konklusions,” and the title track.

While the cover artwork and the ARRAD-directed music video for “Swag” show YG taking a knee dressed as Colin Kaepernick, it’s not really another protest song. Instead, it’s a braggadocious banger with a thumping beat: “One call, they pull up fast/ Wrong move, that pistol blast/ I’m dressed in all black/ Match my Glock, I think I’m Shaft/ Swag, swag, swag, swag.”

Watch and listen to “Swag” below.