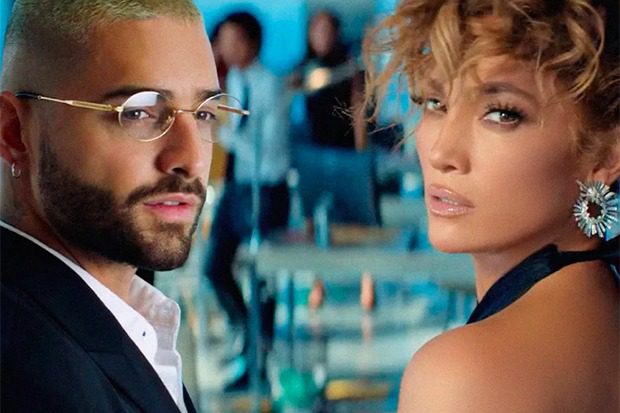 Jennifer Lopez and Maluma’s two collaborations, “Pa’ Ti” and “Lonely,” arrived this afternoon and they are flip sides of the same story. The former is a loved-up bop about being head over heals. “Got ocean views from ceiling to the floor, keep a milli by the bed — a hundred more offshore,” J.Lo begins the Spanglish version of “Pa’ Ti” (there is also one solely in Spanish). “Every day and night living life with luxury, don’t matter when you’re not with me.” The spell has broken, however, on “Lonely.”

“You’re sayin’ that you’re feelin’ lonely, but you fucked up, baby, I’m sorry,” Jennifer laments on the feisty chorus. “I’m doing so much better without you, just kill your ego before it kills you.” Maluma tries to win her back and begs his forgiveness, but our heroine isn’t interested. That course of events is reflected in the blockbuster video, which finds J.Lo playing a billionaire businesswoman. She spends her days serving looks in the office and her nights romancing a hot Chauffeur (AKA Maluma).

Just when you think this fairytale is going to have a happy ending, Jennifer’s collaborator betrays her. It turns out, the Colombian heartthrob is actually an FBI agent and he rudely throws Jenny’s ass in jail. Don’t worry, the Oscar-robbed queen has her revenge and puts him in his place. Check out the video, which seems to have a bigger budget than most independent movies, below. This is a serve from beginning to end and deserves to be a big hit.