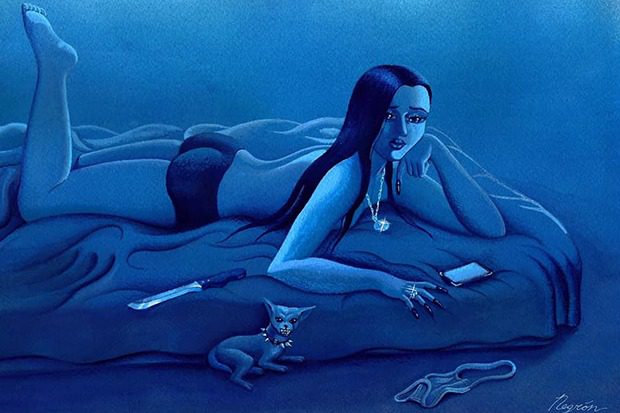 From the bone-rattling beats of “Con Altura” to the mind-bending visual of “A Palé,” ROSALÍA is the new Queen of Cool. However, there’s more to Spain’s breakout star than cutting-edge production and flashy marketing. She is also one hell of a songwriter and vocalist as the haunting “Dolerme” proves. Translated as “Hurt Me,” the song is about the emotional fallout that follows a breakup. “Those [girls] that you’re now with, they don’t know,” the 26-year-old sings in Spanish. “What awaits to them, what awaits to them.”

“I don’t know why it doesn’t want to hurt me, I accelerate to see if I can crash,” ROSALÍA laments on the mournful chorus. “I want you to see it and don’t think about stopping me, so you show that you’ve been able to forget me.” All in all, it might be the budding superstar’s most emotionally engaging single to date. Based on the strength of “Dolerme,” “Juro Qué” and the aforementioned “A Palé,” ROSALÍA’s third album is shaping up to be one of 2020’s most intriguing releases. Listen to her next hit below.