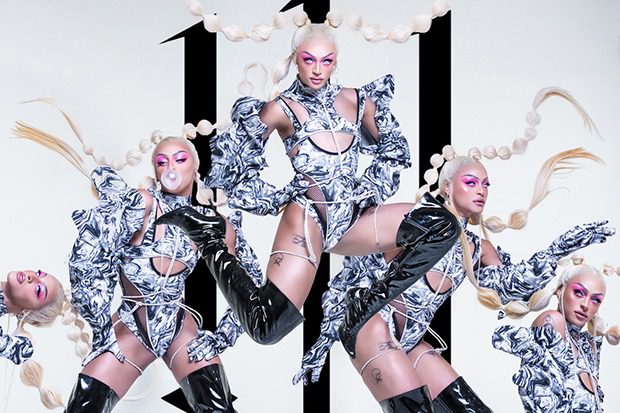 International drag-pop sensation and all-around legend Pabllo Vittar has just released her third album, the banger-filled 111. The title is a reference to the diva’s birthday on November 1, and comprises six previously tracks as well as three new gems. Of the existing material, the 25-year-old’s collaborations with Charli XCX and Thalia (“Flash Pose” and “Timida,” respectively) are standouts. As for the new songs, I’m feeling “Salvaje” the most. It’s slinky, sexy and utterly addictive. Emotional album closer, “Rajadão,” is another highlight.

“This album is unlike anything I’ve released so far,” Pabllo says in the press release. “It’s more artistic, there are more musical experiments. I’m very happy with the results and excited about the positive feedback we have had by now. My wish as an artist is to reinvent myself constantly to give new meanings to my work and dreams. Please enjoy the album and stay safe during these uncertain times!” But wait, there’s more. The Brazilian star is releasing a deluxe version of 111 later this year with more international collaborations. Stream the standard version below.