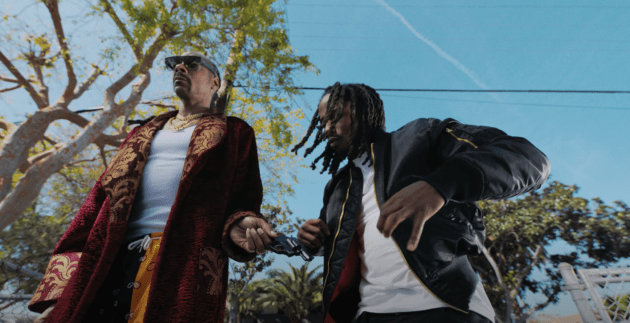 I gave you power.

Inglewood’s D Smoke is out for vengeance in this climactic video co-starring Snoop Dogg. The stand-out track is one of many from D Smoke’s Black Habits album.

Directed by Sergio, this tale from The Wood unfolds when D Smoke is shot after confronting a young woman for purchasing pills. After his wounded body is dragged, he fully recovers, and seeks guidance from Uncle Snoop and the proper necessities for a payback.

After tracking down the distribution location, D Smoke stakes out the joint, runs up in the place with his masked-goons, tie up those responsible, and torch the place leaving them for dead. Revenge is a dish best served well-done.