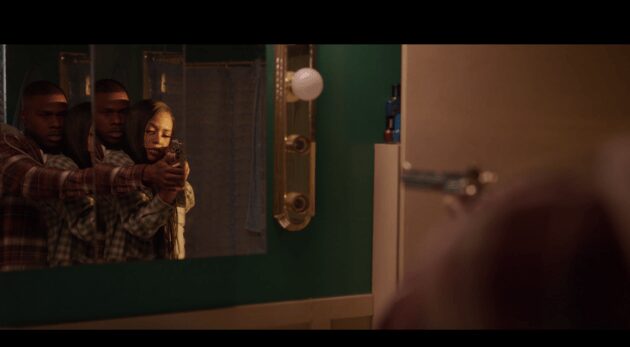 DaBaby finds his way to a life of crime in the music video to his newly release single produced by DJ Kid.

Directed by Reel Goats, the 10-minute action-thriller co-stars B. Simone, who joins DaBaby on a string of robberies to help aid his ill grandmother. The two rob gas station in the opening scene, hide out in a hotel with their money, and blaze bullets while sticking up a diner.

However their criminal run across the desert almost comes to a fatal end following a news broadcast of the wanted couple. After checking into their next fleabag inn, they’re confronted by the owners which spews an all-shootout.