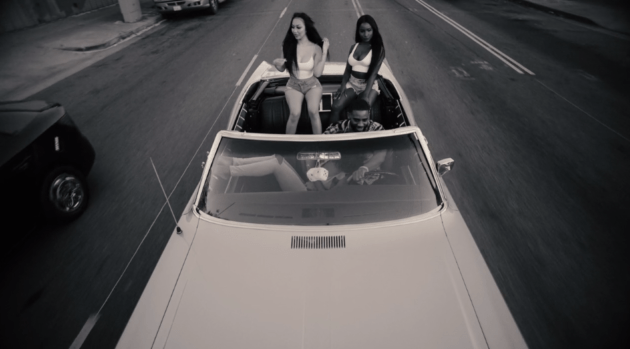 Directed by Omar Jones, the accompanying clip finds REASON waking up with his lady, cruising the city in his convertible with a group of ladies before being pulled over by police and returning home. Vince doesn’t make an appearance, but his vocals play as a group of kids get confronted by police that is racially motivated.