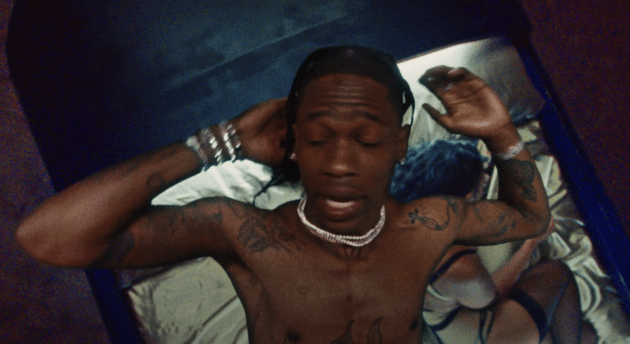 Yup, in their white tees!

Travis Scott builds his empire on his new single featuring Young Thug and M.I.A. The release comes with the epic music video which is showing ahead of the film Tenet in IMAX theaters.

Inspired by Dem Franchize Boyz 2004 hit, “White Tee”. Travis namechecks various corporations and balls out of control over the Chase B-produced track while living it up at Michael Jordan’s legendary Chicago mansion. Young Thug brings his slimy flow with his rockstar status, while M.I.A. adds her melodic vibes in the desert.

The track arrives in aptly timing with his record-breaking deal with McDonalds. On the music side, the single follow’s “The Plan” off the Tenet soundtrack.