Following Ryan Adams’ public apology over the weekend, both Mandy Moore and Karen Elson have shared their reactions to his attempt at making public amends.

“It’s challenging because I feel like in many ways I’ve said all I want to say about him and that situation, but I find it curious that someone would make a public apology but not do it privately,” Moore told NBC’s Hoda Kotb on The Today Show on Monday morning (July 6).

Mandy Moore talks about her ex-husband Ryan Adams’ public apology over the weekend regarding allegations of abuse. pic.twitter.com/MQ8j2nvY2L

“I am speaking for myself, but I have not heard from him, and I’m not looking for an apology necessarily, but I do find it curious that someone would do an interview about it without actually making amends privately.”

Following her comments on The Today Show, Moore urged her fans to move on from the past and “focus on real news,” redirecting the focus to finding justice for the killing of Breonna Taylor.

And can we also just move on from giving space to this nonsense and empty, performative acts of contrition and focus on real news? Like #JusticeForBreonnaTaylor. https://t.co/x7rMDZdUNG

On July 3, Adams made a public apology through the U.K. newspaper, The Daily Mail where he explained that he was now sober and apologized for his previous abusive behavior.

Following the publication of the apology, Karen Elson, who was also one of Adams’ victims, expressed her thoughts but have since deleted these tweets. But you can see a screenshot of them below. 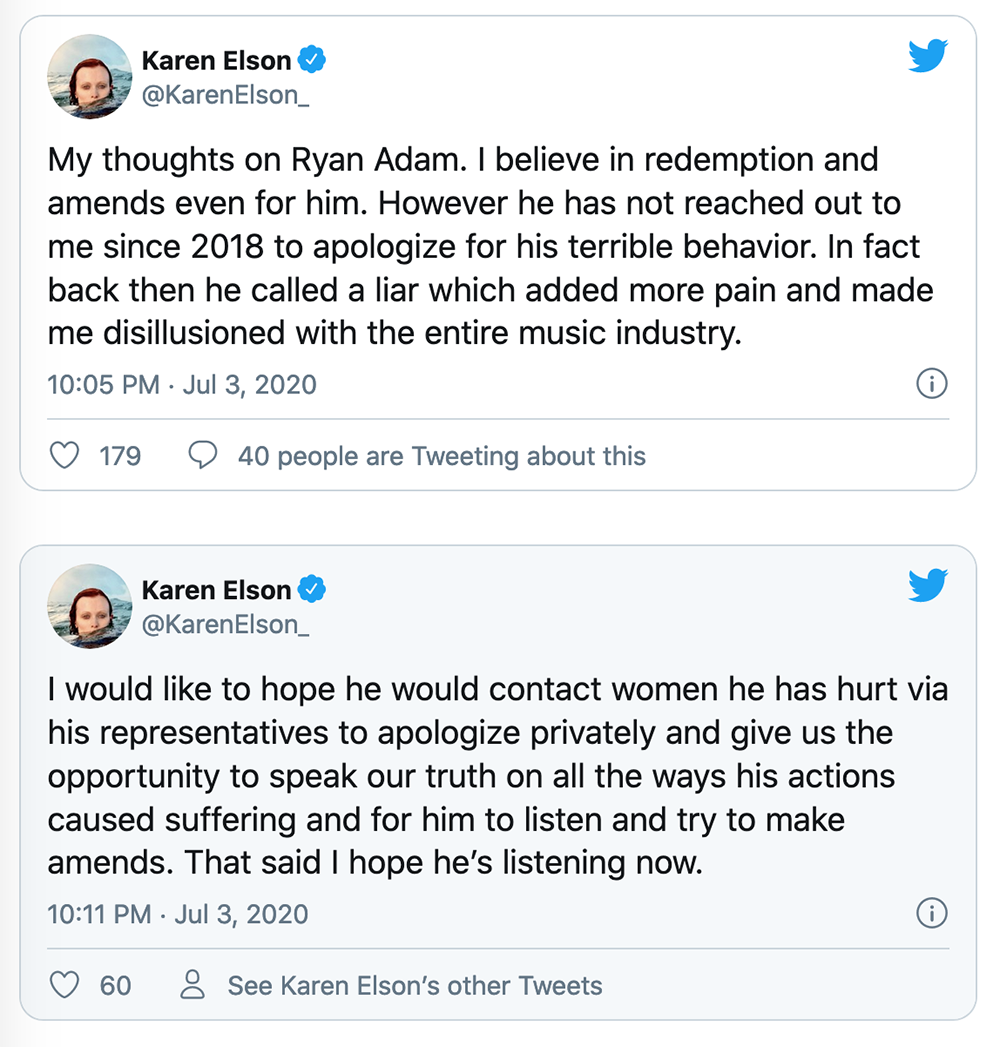 “When I met Ryan [Adams], I didn’t know anybody in music for the most part,” she said in an interview with NME. “But then I would then meet tons of people who were like, ‘Oh my God – he is a trash person’. I didn’t have that when I was 20, and a lot of people still don’t.”