“Everything is on the line with this election,” Alexis McGill Johnson, President, Planned Parenthood Action Fund, said in a statement. “Voters across the country understand that we need leaders who will fight to protect our rights and access to health care in every branch of government – that’s why tens of millions of Americans have already cast their ballots by mail or in-person in states with early voting. As we face a Supreme Court that now poses an even greater threat to people’s health care access and reproductive rights, we know there is power in exercising our right to vote. We are proud to partner with musicians for ‘We Need Every Voice’ to mobilize more people to use their voices and their votes to help elect leaders that will protect our futures, our health, our rights and our freedoms.”

See the ad below. 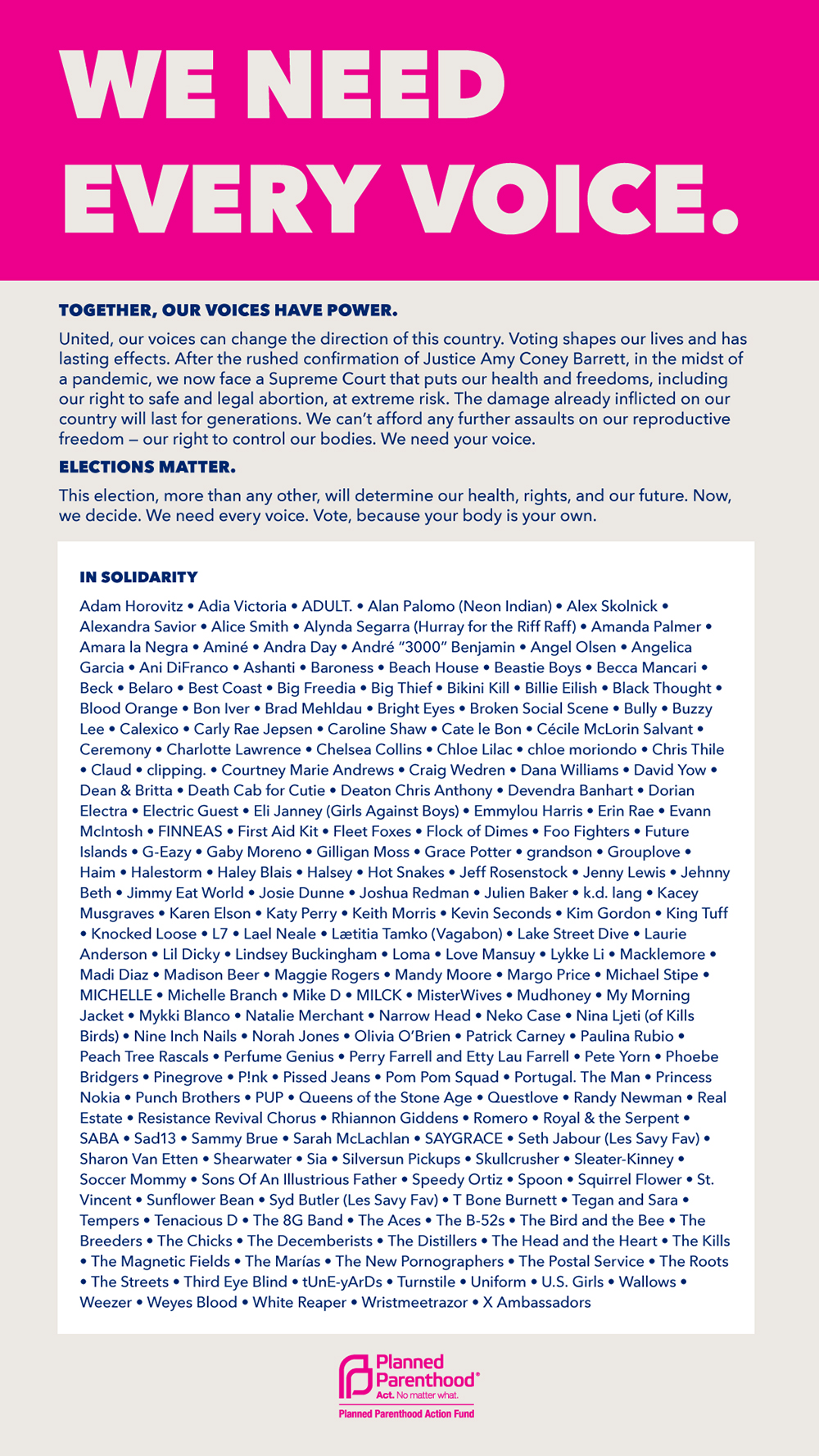