Although the Staves teamed with the neoclassical ensemble yMusic for an album called The Way Is Read in 2017 (now retroactively billed as an EP), it’s been more than five years since their last proper Staves LP, 2015’s spellbinding, Justin Vernon-produced If I Was. It’ll be close to six when the next one finally arrives in February. After teasing a new project in recent months with new songs called “Trying” and “Nazareth,” the Stavely-Taylor sisters have revealed Good Woman’s title, tracklist, cover art, and release date today. They’ve also shared its title track, which doubles as the album opener.

In a new interview with the BBC, the band reveals they took a hiatus from music in 2018 after their mother died unexpectedly in 2018, just two weeks after their grandmother. Camilla Stavely-Taylor also broke up with a long-term boyfriend in Minneapolis and moved back to England. Upon returning to music, they scrapped plans to self-produce the album that became Good Woman, turning instead to John Congleton, an indie rock veteran with a staggering resume. They also adopted a more experimental approach, manipulating the sounds of their instruments and incorporating field recordings. Much of the album deals with Camilla’s breakup, though many of the songs were written before it happened: “It’s very weird when you listen back and think, ‘Oh my God, I wrote that song when I was still in the relationship,’” she says. “That’s the most depressing thing in the world — that, in hindsight, your song is telling you to run.”

They intended to call it Trying but were persuaded by their label that it would invite negative reviews along the lines of, “The Staves are trying, but they just aren’t good enough.” In fact, the exact opposite sentiment animates “Good Woman,” which would eventually lend its title to the album as a whole. “I am a good woman!” goes the refrain, which eventually builds to a clamorous roar. It’s a song about recognizing that you’re enough, and I can assure you that it’s better than just OK. (It’s also not a Cat Power cover, though I’d love to hear this band’s take on that song too.)

Hear “Good Woman” below and check out the tracklist, which includes “Trying” but not “Nazareth.” (The latter is included on a limited edition 7″ with “Trying” available with some pre-orders.)

Good Woman is out 2/5 on Nonesuch. Pre-order it here. 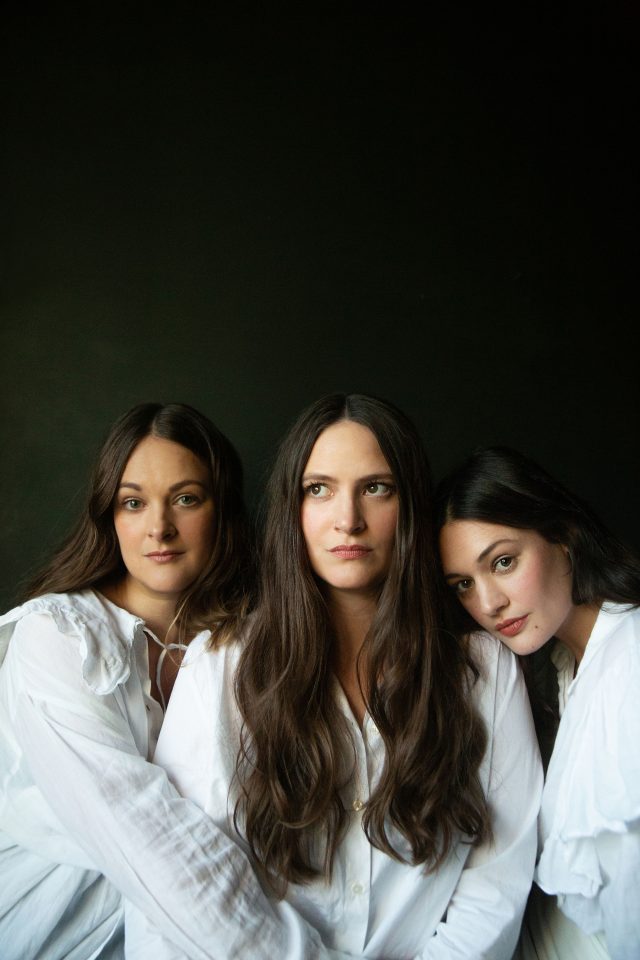