Back in May, the gently sighing Chicago retro rockers Whitney released a pair of excellent cover songs, renditions of John Denver’s soft ’70s folk-rock hit “Take Me Home, Country Roads” (with Waxahatchee in tow!) and SWV’s ’90s R&B jam “Rain.” Turns out those are part of a whole album of covers the band is releasing next month. Candid also contains Whitney’s take on tracks by such artists as Kelela, David Byrne and Brian Eno, Damien Jurado, Moondog, Blaze Foley, and Labi Siffre. And today they’ve released their version of “Hammond Song,” the stone-cold classic from the Roches’ 1979 self-titled debut.

The original “Hammond Song” (which you may have heard sampled on the Avalanches and Blood Orange’s “We Will Always Love You” this year) spotlights the Roche sisters’ impeccable harmonies and vocal interplay. Whitney’s approach is more about letting drummer Julien Ehrlich cut loose with wistful bursts of solo falsetto, and he does just that here. It changes the nature of the song, but not necessarily in a bad way.

In a statement, Ehrlich explains that he and guitarist Max Kakacek discovered “Hammond Song” when producer Chris Coady sent it to them as a reference while recording the final record by their previous band Smith Westerns. “It became a song that was always around for us and then we showed it to the rest of the band,” Ehrlich writes. “This cover is the longest Whitney recording ever and pretty much everything you hear on it is totally live, save for the horns and the slide solo. For a five minute song, if you mess up one part you have to do the whole thing live all over again.”

Listen below, along with the Robert Fripp-produced original.

Candid is out 8/14 on Secretly Canadian. Pre-order it here. 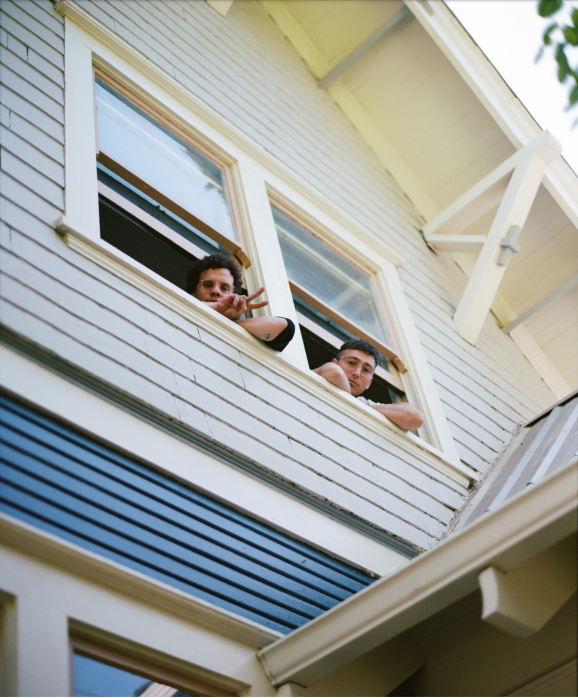