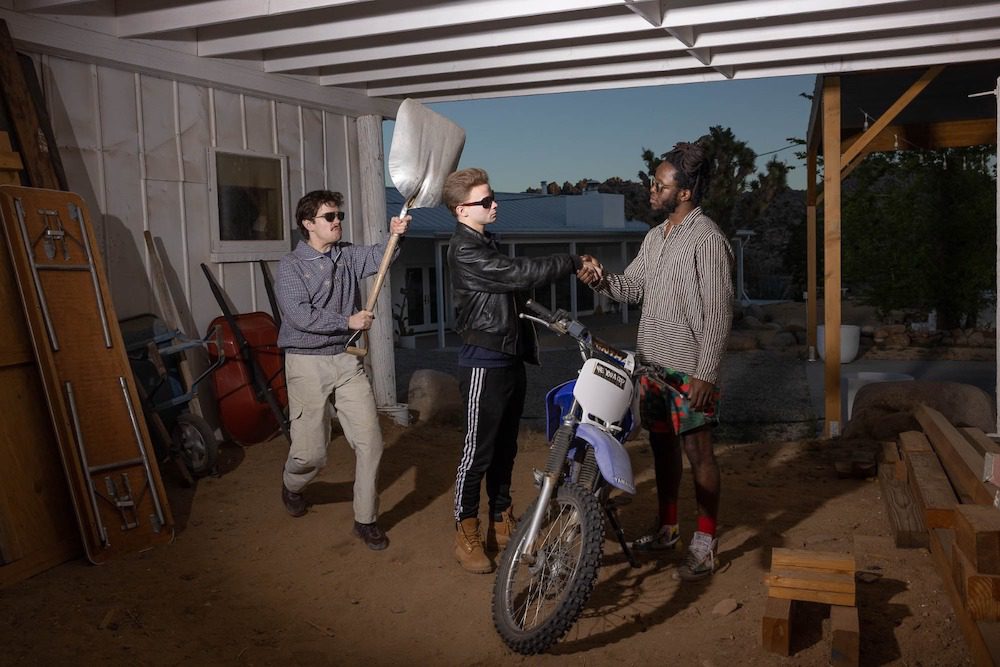 This week, UK weirdos Black Midi are releasing a new album, Hellfire, their follow-up to last year’s Cavalcade. They’ve shared a pair of singles from it so far, “Welcome To Hell” and “Eat Men Eat,” and today they’re back with one last one, “Sugar/Tzu,” a characteristically chaotic collision of jazz and rock that comes with a music video directed by Noel Paul that takes place in a boxing ring. The band’s Geordie Greep has a whole explanation behind this, which you can read underneath the video below.

“Sugar/Tzu” imagines that in 2163 it’s possible to see a championship fight between two 600 lb men. Albeit in a so-called ‘Leadweight’ division. The fight is between Sun Sugar and Sun Tzu; the latter being a fan of the Chinese general, hoping to channel his strength; and the former looking to continue the lineage of Sugar Ray Robinson, Leonard etc.

Present at their battle is a young boy who stands just over three feet tall. At ringside, he briefly exchanges a glance with Sun Sugar, who, in perhaps an attempt to inspire, comes over to the boy and shakes his hand. It is then revealed, as the contender walks back to the action, that the boy is in fact a killer. He takes a small pistol from his little jacket and shoots the man in the back, honour be damned. The boy believes this not to be a cruel act, but a virtuous one, with his interference giving the audience an ultimate, rare entertainment.

As Sun Sugar hits the deck, the crowd cheer and scream, believing this only to be the result of a particularly vicious shot from Sun Tzu.

There is a little joke here. It is regular for a boxing audience to bemoan an early stoppage, the official stepping in to save a fighter who could’ve gone on. And while there is the surface agreement of most that ‘it was the right thing to do,’ there seems to be often left unsaid the fact that we actually do want to see a brutal knockout. And in the split second where these one-shot, punch-perfect, coma-inducing blows do occur, there is an undeniable rush. The boy in this story feels he is a hero for giving the crowd what they all really want. This is not to say the song is a critique of boxing or anything of the like – I love the sport – but it is an interesting and rare phenomenon worth exploring.

Hellfire is out 7/15 via Rough Trade.