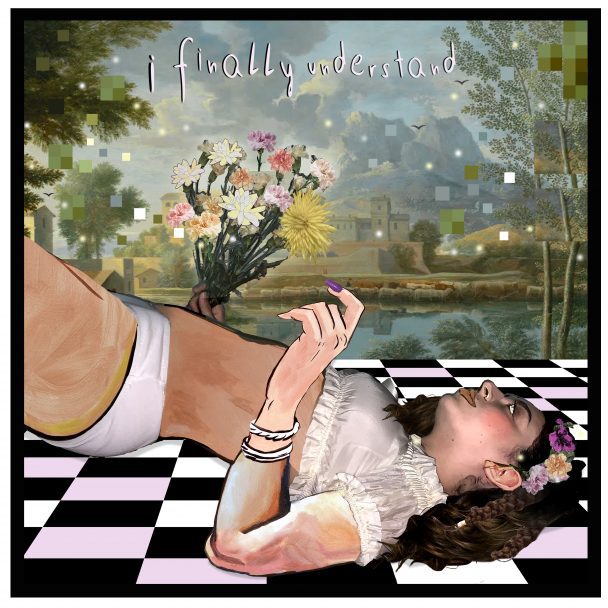 Charli XCX is releasing her quarantine album How I’m Feeling Now, which she’s been writing and recording in a spontaneous collaborative process including input from her fans and co-executive producers A. G. Cook and BJ Burton, next week. We’ve already heard two songs, “Forever” and the Dylan Brady-produced “Claws.” And now she’s sharing a third, “I Finally Understand,” a hyperactive garage-influenced pop song produced by Palmistry with additional production from A. G. Cook and Mechatok. Listen to it below.

In an interview with Zane Lowe on Apple Music, Charli talks about what the song means to her:

The song is basically about, me and my boyfriend are quarantined together during this time. I’m conscious that I’ve spoken about this a lot and I don’t want people to be like, shut up about your boyfriend. Like, “Me and my boyfriend, me and my boyfriend.” Because this is my situation. You know, I’m writing about what I know and we’re quarantined together and our relationship wasn’t in a brilliant place prior to quarantine. We were, I’m not going to say like at the end of the road, but close to it. We were living on separate sides of the country. Even though we were physically far apart, we were emotionally quite distant as well. And this time period, I’m extremely lucky that it has brought us physically close together because now we’re living in the same house but also emotionally, and I finally understand that this person is somebody who I can trust with my life and I will have my security and protection at the front point of their heart no matter what. I feel so lucky to have had that experience. And realize that. So that’s what it’s about, very emo. And you know what, it’s like one of those things where I think it’s coming up on like 60 days now where we’ve been isolated together. And if you’d have told me that two months ago, you’re going to spend 60 days solid with this person who you’re in a relationship with, I would have been like, are you joking? I don’t think that’s possible. But actually it’s been really great and I think it’s proven to me that sometimes in life you just have to throw yourself into something without thinking about what the consequences, what might happen, what could go wrong, what could go right, like just do it. You know?

One thing I have go about is, like, how do you express that you’re in love with someone 10 different times on an album without just sounding like sycophantic, you know? I’ve been really working with that quite a lot and yeah, there are some songs which are about, like, “give me space,” but a lot of the songs are very positive. And this track, when I heard this track, it was a Palmistry track that he sent me and actually he sang this rough melody sketch I wrote. I was just immediately so captured by it and I’ve always wanted to do something with Palmistry. So I think in the old world, the old world, I probably would have made this song like a straight up party song. I don’t remember what parties are like now.

Yeah, I always thought I made really personal music, which I stand by. I always found that my music about partying was very personal because it’s always emotional to me because I suppose as you say it was like a distraction, but I think there is something really kind of pure about talking honestly about the things that are going on in your life and I know that that sounds so songwriter 101 but I’ve never done it.