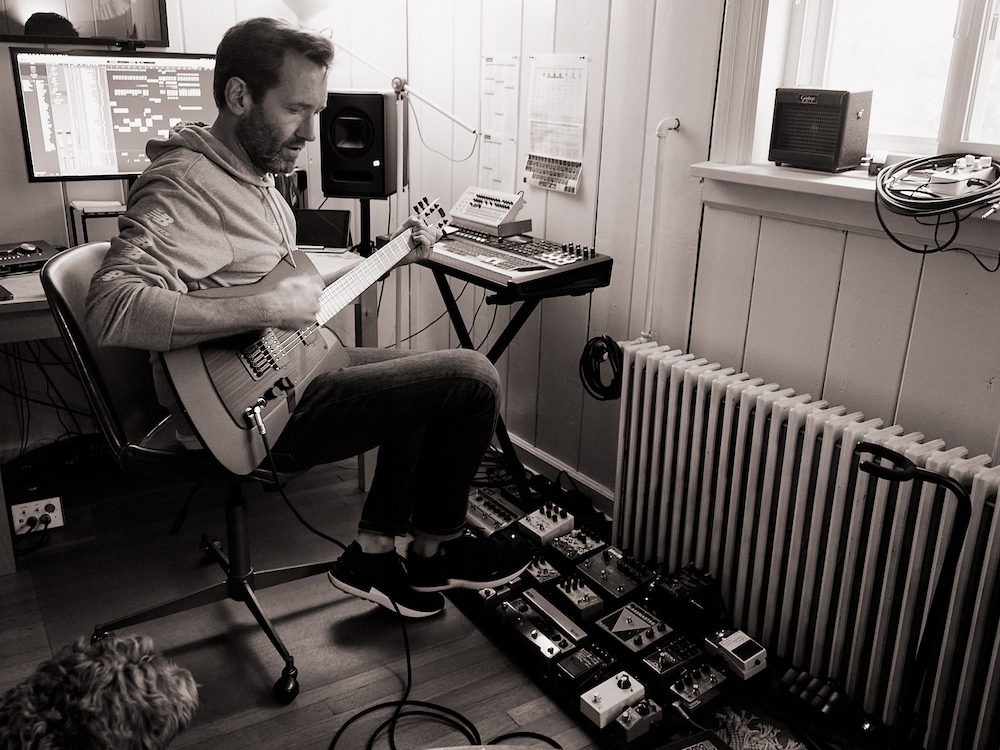 Earlier this year, David Knudson — the guitarist for Minus The Bear and the recently reunited Botch — released his debut solo album, The Only Thing You Have To Change Is Everything. Today, he’s announcing a companion EP called Undo / Redo, which features a some new and some reimagined tracks. Today, he’s sharing a song with Tim Kasher called “No Ways No Means.”

“Tim’s voice, lyrics and delivery are so unmistakable—funny, powerful & sly—he can tackle a serious subject but wink and have a laugh at the absurdity of it,” Knudson said, continuing:

This collaboration was so natural and seamless—almost two decades in the making. We’ve been friends since 2003 when Cursive took out Minus the Bear and having all the shared experience and familiarity with each other’s work made it so simple and wonderful. Tim has such a unique and powerful range with his voice—I was so happy he wanted to tackle this super aggressive song because when he goes for it with his voice you can feel that intensity and there is no one better.

“Upon first hearing Dave’s song, I found it very forward, direct, a nearly antagonistic guitar riff,” Kasher added. “And those drums, so gnarly. I thought I’d complement it with something playfully antagonistic as well…”