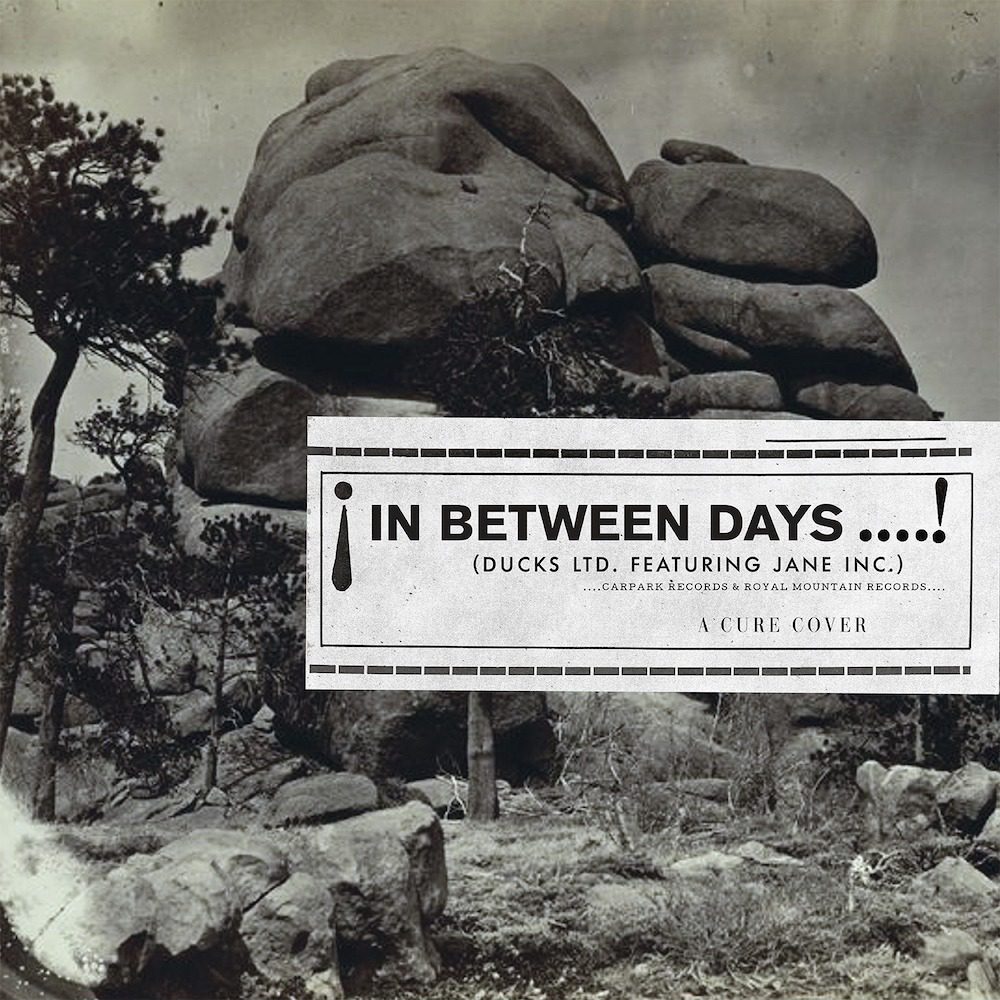 Earlier this year, the jangly Canadian band Ducks Ltd. announced a new covers series called The Sincerest Form Of Flattery and shared their take on Jesus And Mary Chain’s “Head On,” with a guest feature from Illuminati Hotties’ Sarah Tudzin. Today, they’re back with the next installment in that series, a cover of the Cure’s “In Between Days.” For this one, they recruited the punctuation-aligned Band To Watch Jane Inc. to help them out.

“Robert Smith is a genius and the Cure are the best and I absolutely love this song,” the band Tom McGreevy said in a statement. “It’s such a simple one but all of the pieces slot together so neatly.” He continued:

We listened to all the demos he made of it, and it’s cool to hear how clearly the fundamental parts of it are realized on the very first one, even though he doesn’t have any lyrics yet and is just wordlessly singing the melody (which I also do when we demo stuff!). We mostly tracked this one on a day off when we were on tour with Nation of Language, so the vocal was tracked in the front seat of a parked Mitsubishi Outlander in the middle of the night outside an Airbnb in Grand Junction, Colorado. It’s also the first thing we’ve made that our bass player Katie plays on.

Carlyn Bezic (aka Jane Inc) has been a pal for maybe a decade and is one the best musicians in Toronto. I’ve seen her in so many bands and it’s been so cool to watch the Jane Inc project come together, as it feels like she just keeps refining and perfecting a creative vision that was already clear in some of the first projects I saw her in. I’ve wanted to do something with her for forever, so I was super excited she said yes to this!

PS: Someone told me once that Robert Smith only responds to emails on one day a week and it’s always IN ALL CAPS. I have no idea if this is true, but I really want it to be. Also please email me Mr Smith!

The “In Between Days” cover is out now via Carpark/Royal Mountain.