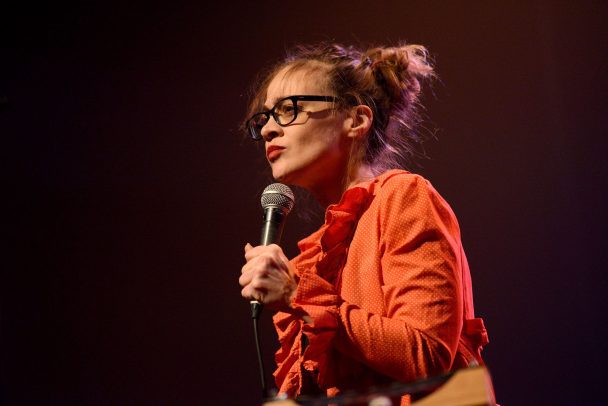 Fiona Apple co-wrote a song that is featured in an episode of the Apple TV+ show Central Park. The animated series, which was co-created by Bob’s Burgers head Loren Bouchard, includes a lot of music. As it has been airing week-to-week, the show’s official soundtrack has been updated as it goes along, and it includes songs that were written by Aimee Mann, Cyndi Lauper, Sara Bareilles, Meghan Trainor, and more.

On the Central Park season finale, which airs this Friday (7/24), there’s a song called “New York Doesn’t Like Your Face,” which was written by Fiona Apple and David Lucky. In the show, it’s sung by a character played by Audra McDonald. “Devise a plan to make them stand you, that’s what it’s all about,” go the lyrics. “Bitsy, it’s the only way to cultivate the clout/ Haven’t you ever wondered, dear, why your staff all carry cans of mace?”

Fetch The Bolt Cutters this is not! Check it out via Pitchfork below.