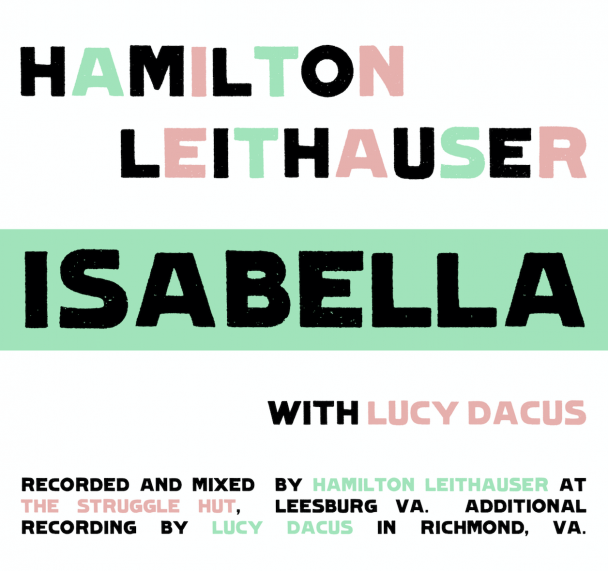 Hamilton Leithauser, former frontman of the Walkmen, recently released the new album The Loves Of Your Life, a collection of stories about real people he’s met and strangers he’s come across throughout his years living in New York City. Lead single “Isabella” was about a girl in a kind of arrested development whose parents pay her rent in Manhattan. And now he’s released a new version of the song with the great young singer-songwriter Lucy Dacus.

“I was just playing this groovy riff in my home studio and it suddenly sounded like it might work on my song ‘Isabella,’” Leithauser explains. “I guess this amounts to the kind of evolving a new song goes through after a few months on tour … but without the tour. So I just hit record, and a few minutes later I had this whole new version of the song that I kind of loved. I asked my friend Lucy to sing on it — I’ve loved her voice since we used to sing together on stage every night during my I Had A Dream That You Were Mine tour. She recorded it at home and sent it to me. Once I put it all together I thought ‘Well hell, why not share this with the world?’”

“Hamilton hit me up about singing on the song in June when I was in a bleak spot,” Dacus adds. “Working on it really got me out of a funk and let me have some fun. We toured together in 2017 and I sung on a song in his set, it felt good to return to that. He’s a nice guy with good songs who’s easy to work with and lovely to talk to.” Listen to their updated rendition of “Isabella” below.