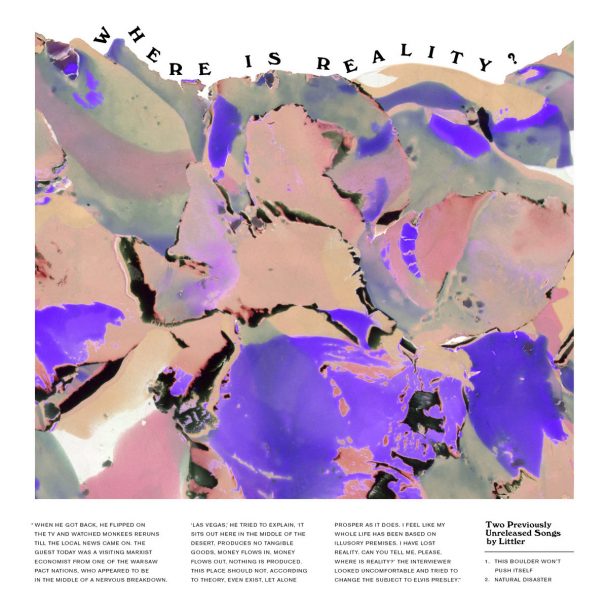 The very good Philadelphia group Littler, who were included on our Best New Bands list back in 2016, have been pretty quiet over the last couple years. They released their debut album, Of Wandering, in 2016, and followed it up with the Bad Hand EP the next year, but since then we haven’t heard much from them.

Today, they’re back with two unreleased tracks recorded back in 2016, “This Boulder Won’t Push Itself” and “Natural Disaster,” and though they were written years back, they’re about seemingly impossible tasks and impending collapse. Both songs are scrappy and melodic and a little seasick. Here’s what the band said about them:

Hi everyone. We recorded these songs in 2016 with the intention of putting them out as a split. The split fell through and we figured now is as good a time as any to just get them out there. At the time, we had named it “Where is Reality?” based on a quotation from Inherent Vice but that certainly seems truer now than ever before. All proceeds from these songs will be directed to Movement for Black Lives COVID19 Mutual Aid Fund. We hope you enjoy hearing them. We enjoyed making them.