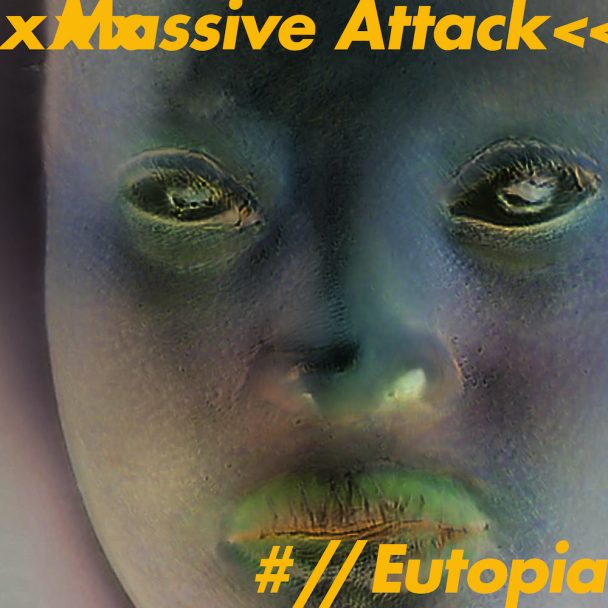 This morning, long-reigning trip-hop pioneers Massive Attack released a new three-song EP called Eutopia, which the group explicitly conceptualized as a political piece of work about the immediate necessity of global systemic change. The music here is intended to be a vehicle for certain messages, and it’s impossible to strip the sounds away from the ideas that those songs are putting forward. Essentially, Massive Attack have made backing tracks that will hopefully convince people to listen to three people who have important things to discuss. They’ve provided a forum for Christiana Figueres, author of the UN Paris Climate Agreement, for Professor Gabriel Zucman, advocate of an American wealth tax, and for Professor Guy Standing, one of the proponents behind the idea of universal basic income.

Eutopia, which was inspired by Thomas More’s foundational book Utopia, is all about the idea of planning a more just and sustainable world. Massive Attack’s Robert Del Naja has brought in some collaborators to help make those sonic landscapes: Soulful Atlanta post-punkers Algiers, veteran spoken-word poet Saul Williams, and Scottish rap experimenters Young Fathers. All three artists collaborate with Del Naja on essentially staying out of the way, clearing the way for these people to give short lectures on the massive importance of their projects to the greater world.

Massive Attack have conceived Eutopia as an audio-visual project, so all three tracks have videos from Mario Klingemann, who worked with the filmmaker Adam Curtis to make visuals for Massive Attack’s recent Mezzanine anniversary shows. The group recorded the tracks remotely, during quarantine. Check out all three of those videos below.

In a press release, Massive Attack have this to say:

Lockdown exposed the best aspects and worst flaws of humanity. That period of uncertainty and anxiety forced us to meditate on the obvious need to change the damaging systems we live by.  By working with three experts, we’ve created a sonic and visual dialogue around these global, structural issues; taking the form of climate emergency, tax haven extraction and Universal Basic Income.

The spirit of this EP, its elements and ideas have nothing to do with naïve notions of an ideal, perfect world, and everything to do with the urgent & practical need to build something better. In this sense, Eutopia is the opposite of spelling mistake.