OFF! – “War Above Los Angeles” 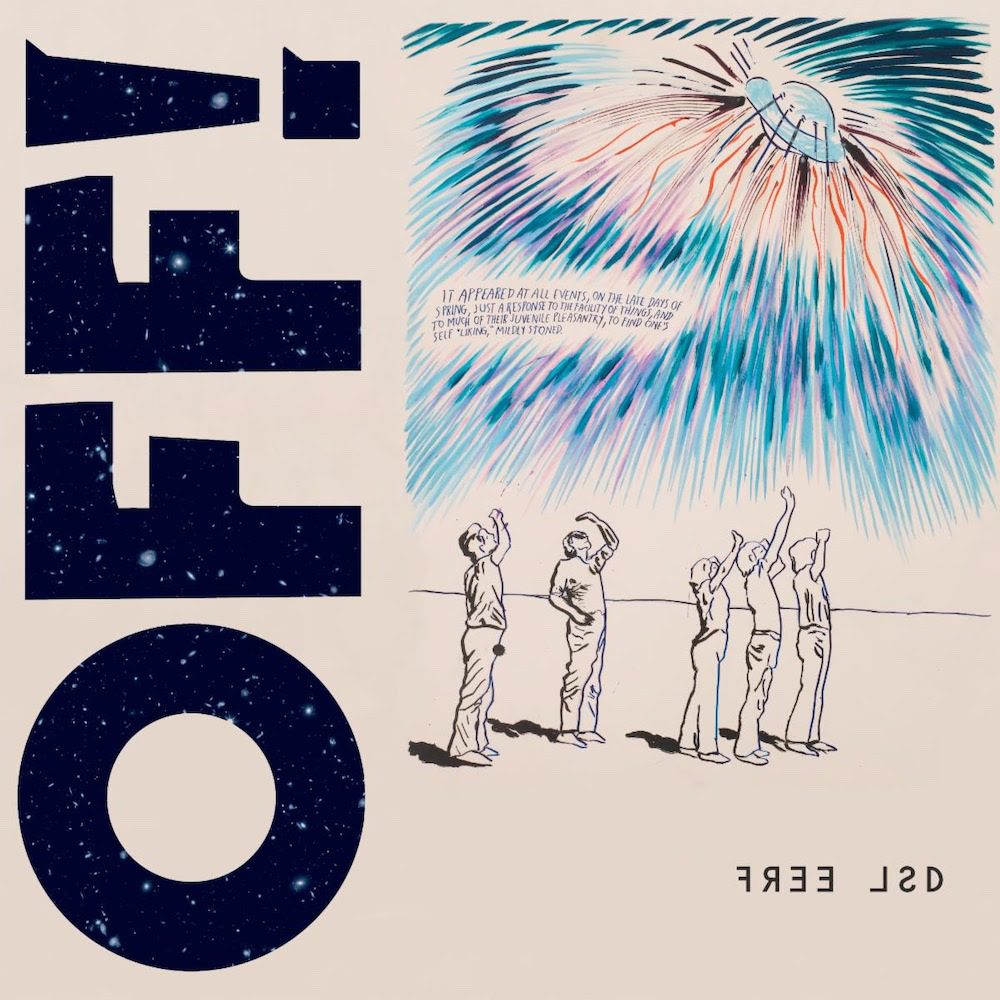 Last year, the punk supergroup OFF! resurfaced for the first time in a while with a Metallica cover that appeared on the massive Metallica Blacklist project. It was then that we learned the band’s lineup had changed a bit: Keith Morris (Black Flag, Circle Jerks) and Dimitri Coats (Burning Brides) were now joined by Autry Fulbright II (…And You Will Know Us By The Trail of Dead) and Justin Brown (Thundercat, Flying Lotus). Today, that group of people is announcing the first OFF! album in 8 years, since 2014’s Wasted Years. It’s called Free LSD and will be out in September.

“After making music for as long as I have, it was time to use a palette that includes lime green, turquoise, and magenta instead of the typical colors and shades that were involved in all of the other breakneck and car chase scenarios,” Morris said in a statement. “Miles Davis with Herbie Hancock and the Headhunters as opposed to Milo Goes To College.”

Today, OFF! are sharing the album’s lead single, “War Above Los Angeles,” with a music video that features appearances from David Yow, Don Nguyn, Chloe Dykstra, James Duval, D.H. Peligro, and more. It’s part of a feature film that will accompany the record. Check it out below.