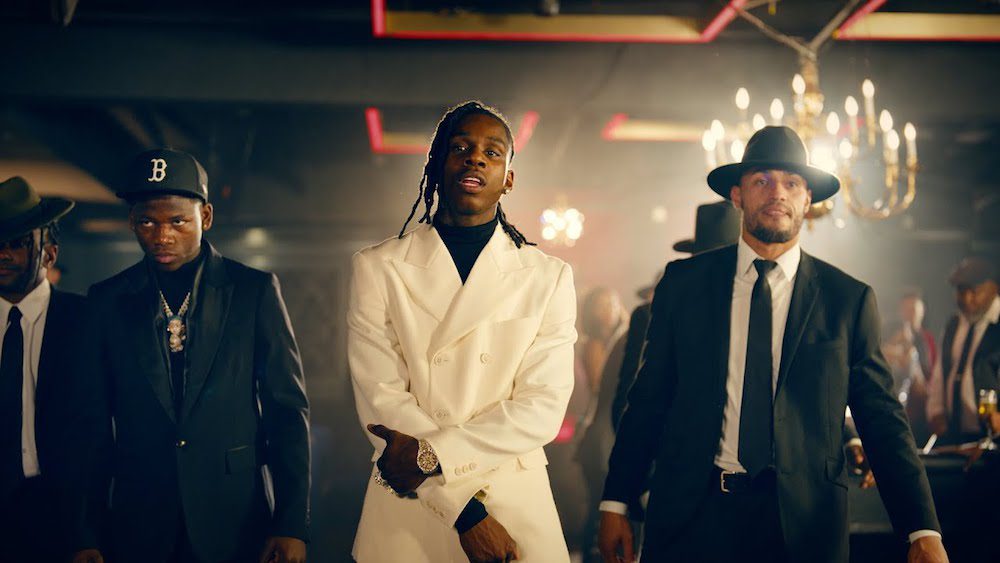 The young Chicago rap great Polo G is having a big year. He debuted at #1 with his single “Rapstar,” and he released the excellent album Hall Of Fame. In recent months, he’s collaborated with artists like Eminem, Gunna, Burna Boy, and NLE Choppa. (He’s also been arrested for carrying a concealed weapon, which seems like the bad kind of “big.”) Right now, Polo is getting ready to release Hall Of Fame 2.0, the deluxe version of his album. Today, he’s released a single that doubles as a kind of flex. Polo G would like us to know that he can afford a Michael Jackson interpolation.

As the title implies, Polo’s new single “Bad Man (Smooth Criminal)” is built on the bones of “Smooth Criminal,” Michael Jackson’s 1988 classic. Producers Travis Sayles and Khaled Rohaim has essentially recreated the breathless, panting instrumental of the MJ original, and Polo raps hard, taking the idea of criminality into the realm of gang beefs and death threats. Polo’s at his best when he’s in sensitive, melodic mode, and that’s not the version that we get on this song, but the rapping remains impressive.

In director Arrad’s video, Polo rocks a while suit, in clear homage, and a Michael Jackson impersonator eventually shows up. Polo sadly does not do the “Smooth Criminal” lean. Instead, he gets into a casino fistfight with a bunch of goons. Check it out below.