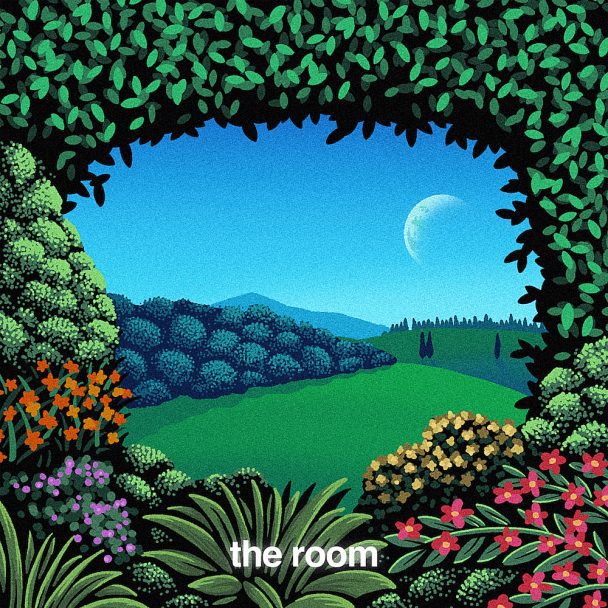 Although he spent many years in the late ’00s and early ’10s attempting to break through with his Oakland-based pop-leaning hip-hop project Wallpaper., Ricky Reed found his true calling this past decade as a go-to producer for acts such as Lizzo, Twenty One Pilots, Meghan Trainor, the Weeknd, Jason Derulo, and Halsey. He’s worked with a few indie-oriented pop acts like Phantogram, Leon Bridges, and Maggie Rogers, too, but it’s still a bit surprising to see him bringing in figures like Jim James, Terrace Martin, and Lido Pimienta for his new solo album The Room.

The project is out next month, and Reed (born Eric Burton Frederic) has already shared “Real Magic” featuring Terrace Martin and St. Panther. Today he releases “Us (How Sweet It Was),” an intriguing new single with Jim James and Duendita. James, the My Morning Jacket mastermind, sings the song’s recurring hook, helping to glue together narration about traveling during the pandemic era. Like Reed’s prior The Room track, the vibe is more tastefully dreamy than the outsized and colorful production he brings to his mainstream clients.

Spencer Ford’s video for “Us” begins with a caption from Reed: “In March 2020, I felt disconnected from the world. I started seeking out stories of others dealing with disconnection. I soon realized I wasn’t alone.” Watch below, where you can also catch up on “Real Magic.”

The Room is out 8/28 on Reed’s own Nice Life Recording Company.