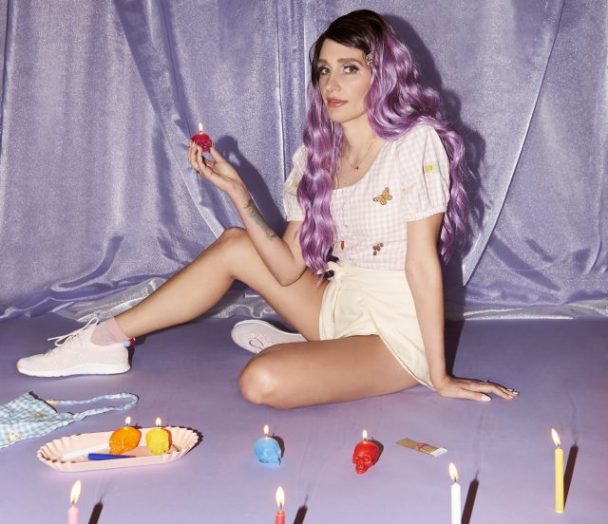 In the years since their 2013 breakup, Rilo Kiley have pushed their way into legendary status. The eternally sharp LA band inspired entire generations of indie rockers — especially young women who write artfully and honestly about going through shit. Today, Rilo Kiley have reissued their own self-titled 1999 debut, and we’re also getting the news that a whole crew of DIY bands are covering every song on Rilo Kiley’s classic 2002 album The Execution Of All Things.

The new tribute compilation No Bad Words For The Coast Today: The Execution Of All Things Covers Comp is coming out next month, and it’ll feature bands like Mannequin Pussy, Adult Mom, and Lisa Prank covering The Execution Of All Things in full. The first song we get to hear is Sad13 — the solo project from Sadie Dupuis, leader of Speedy Ortiz — taking on “Paint’s Peeling,” an eternally evocative number about feeling numb around family.

Dupuis just released her new Sad13 album Haunted Painting last week. She’s also done some cool covers lately — Fountains Of Wayne’s “A Fine Day For A Parade” for the Adam Schlesinger tribute compilation Saving For A Custom Van, Cake’s “Commissioning A Symphony In C” for our very own Save Stereogum: An ’00s Covers Comp. Her version of “Paint’s Peeling” is big and distorted and partially electronic, but it still has all the tuneful vulnerability of the original. Below, check out the Sad13 cover of “Paint’s Peeling,” the Rilo Kiley original, and the tracklist for the Execution Of All Things tribute compilation.

No Bad Words For The Coast Today: The Execution Of All Things Covers Comp is out 11/6, and it’s up for pre-order at Bandcamp. Up until the release date, all proceeds go to G.L.I.T.S., a New York nonprofit that serves transgender people. After the release date, the profits will be split between G.L.I.T.S. and the artists, with each getting half.