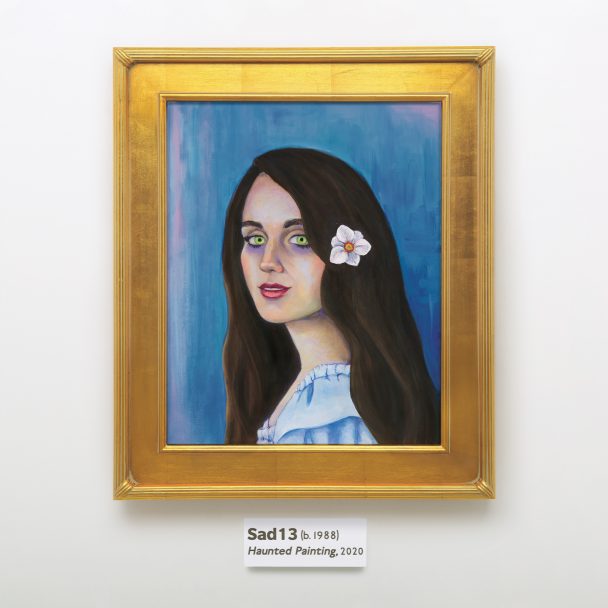 Sadie Dupuis’ pop-leaning project Sad13 is back. It’s been four long years since she released her debut under the moniker, 2016’s Slugger. Since then, there was another Speedy Ortiz album, 2018’s Twerp Verse. But more recently, it seemed like Dupuis was getting back to Sad13. Just last month, she released a new song called “WTD?” as an Adult Swim single. Turns out that was just a hint about a whole new Sad13 album.

Called Haunted Painting, the album will arrive via Wax Nine at the end of September. Dupuis wrote and recorded most of it at home, then finished it in studios around the country between Speedy Ortiz tour dates. It features guest vocals from Helado Negro’s Roberto Lange, Deerhoof’s Satomi Matsuzaki, Merrill Garbus, and Pile’s Rick Maguire. “It’s maximalist, and more true to me and my tastes than any record I’ve done,” Dupuis said of the album.

Along with the announcement, Dupuis has shared a new single called “Ghost (Of A Good Time).” It’s described as a “party song about not going out,” and was inspired by a recent pre-pandemic moment when Dupuis was at a Bushwick basement show that started at one in the morning, which “she would have tolerated a decade ago.” (Speaking as someone who’s lived in north Brooklyn and put up with a couple too many of these shows … I can relate.)

With the album inspired by everything from ’80s pop to PC Music-style shattered electronics, “Ghost (Of A Good Time)” seems like an apt introduction to Haunted Painting. It’s bright, a bit corroded, chirpy, but a little eerie. It comes with a video filmed during quarantine, directed by a socially-distanced Elle Schneider. Check it out below. 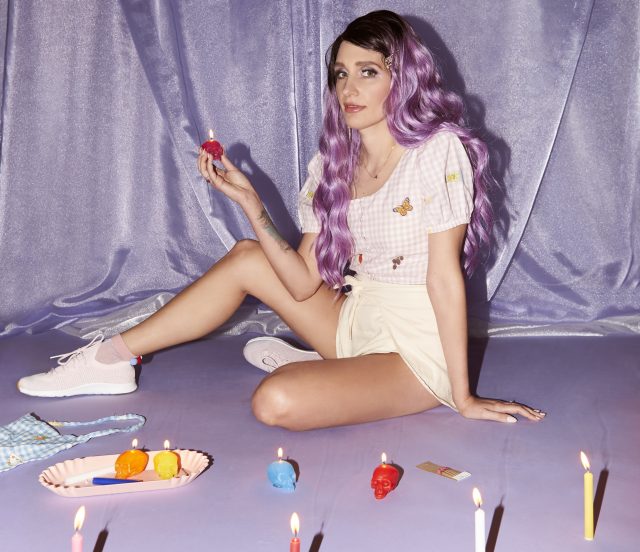 Haunted Painting is out 9/25 on Wax Nine. Pre-order it here.