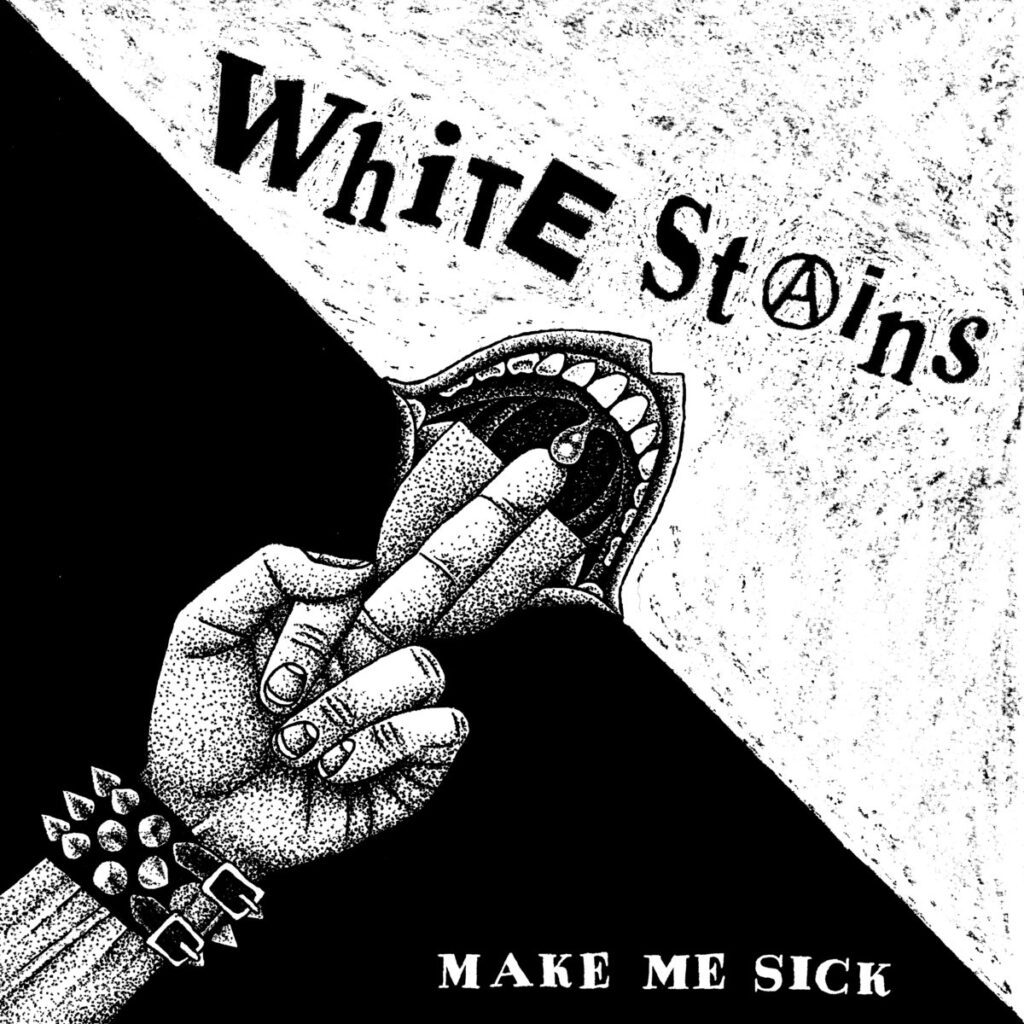 There’s something oddly comforting about seeing an album cover and knowing exactly what you’re about to get. Make Me Sick, the first album from the Pittsburgh punk band, is that kind of record. Band name? Album title? Circle-A in the band logo? Studded wristband? Middle finger? Dangling uvula? Black-ink artwork? Oh yeah. That’s truth in advertising right there.

Many of the members of White Stains have played in grimy and excellent bands like Blood Pressures and Loose Nukes, and they released the White Stains demo last year. On their full-length debut, White Stains channel the grimy and chaotic spirit of early-’80s hardcore, making some raw fast-gallop basement-fight music. The vocals are all delivered in a classic obnoxious scream-whine, and you can barely make out any of the words. The guitars slash. The drums stampede. Best song title: “Hated In HS.” All 10 tracks blast by in about 17 minutes. This thing is a whole lot of fun, and you can hear it below.

Make Me Sick is out now on La Vida Es Un Musos Discos.