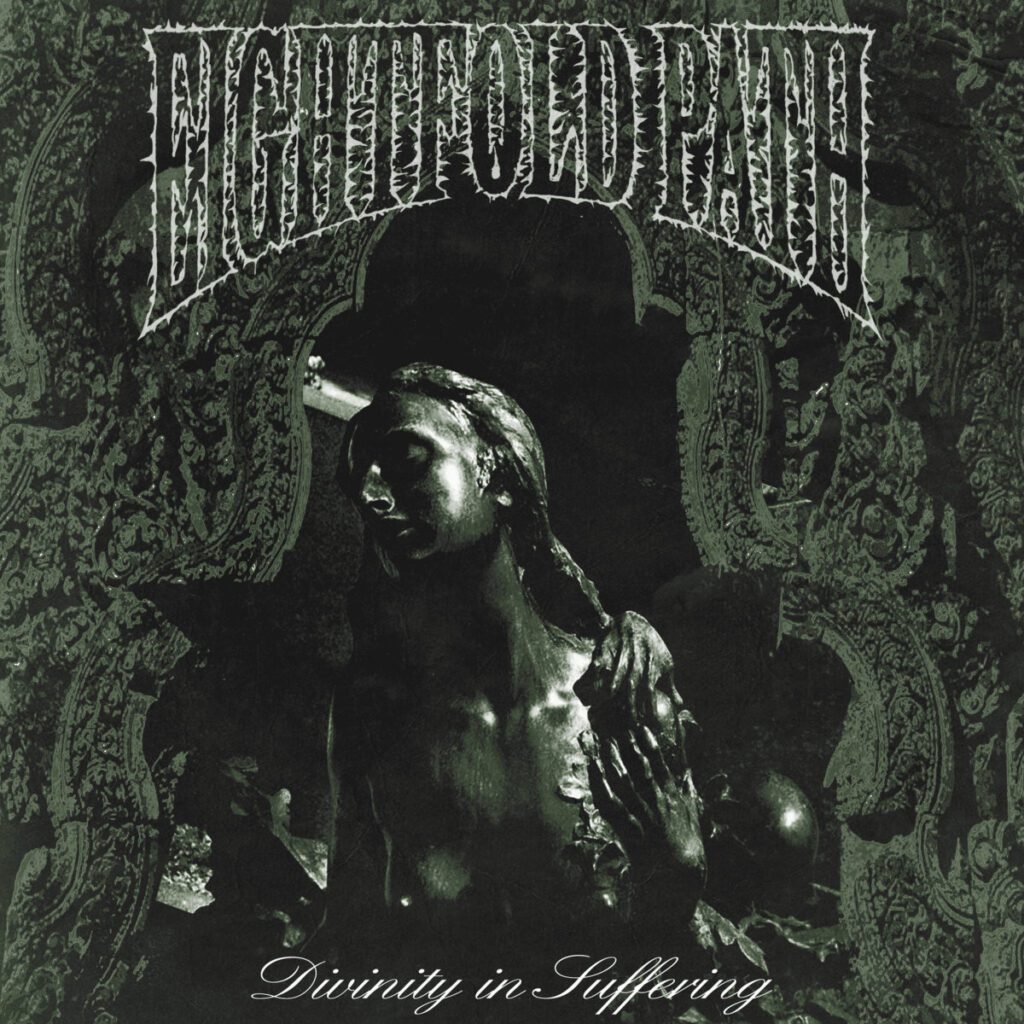 Right now, the California Bay Area has what may be the greatest hardcore scene in the country. Santa Cruz figureheads Gulch may be nearing the end of their run, but we’ve still got Drain, Scowl, Sunami, Spy, Field Of Flames, Lead Dream, and probably dozens of other bands out there wrecking things. Today, San Jose’s Eightfold Path have released a new EP, and it’s an absolute destroyer.

Eightfold Path play metallic hardcore that sometimes veers all the way into straight-up metal. Their whole style is just ungodly heavy, and its moments of ominous atmosphere make all the more impactful when the band drops the hammer and locks in on an ass-beater riff. Last year, Eightfold Path released their Sutraduction demo, and it showed a ton of promise. The new EP Divinity In Suffering more than makes good on that promise. It sounds huge. The vocals have a ton of disgusting presence, and Sunami’s Josef Alfonso guests on one song, but the best tracks might be the instrumentals. Stream the EP below.

The self-released Divinity In Suffering is out now, and you can get it at Bandcamp.