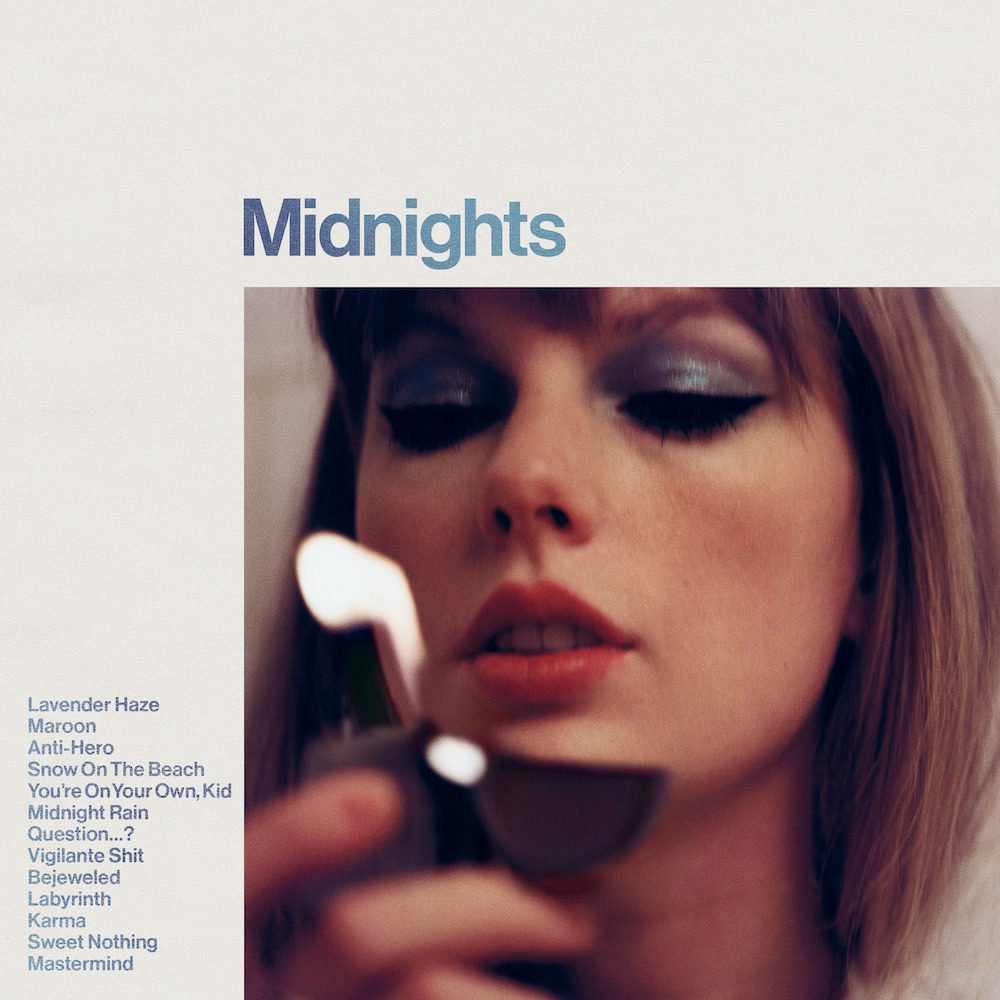 The clock has struck midnight, and the new Taylor Swift album is out.

Midnights, Swift’s 10th studio album (not counting re-recordings), is billed as “the stories of 13 sleepless nights scattered throughout my life” and “a collection of music written in the middle of the night, a journey through terrors and sweet dreams.” It’s a largely electronic affair, like a more low-key 1989 or folklore with the acoustic guitars swapped out for synthesizers. It finds Swift firing off memorable lines and painting scenes in a way that will send her Swifties into full-on pin-board detective mode.

Swift co-wrote all but two songs on Midnights with Jack Antonoff. “Snow On The Beach” also credits Lana Del Rey, who appears on the song as the album’s only featured guest. “Sweet Nothings” is Swift’s latest collaboration with William Bowery, aka her boyfriend Joe Alwyn, while the scathing “Vigilante Shit” was solely written by Swift. Opener “Lavender Haze” brings in the surprising team of actor-singer Zoë Kravitz, Jahaan Sweet, and Antonoff’s Red Hearse bandmates Sam Dew and Sounwave (a longtime producer for Kendrick Lamar). “Karma” credits Sweet and Keanu Torres.

Stream Midnights in full below, and look out for our Premature Evaluation later today.

Here’s the teaser trailer for the videos I’ve made for Midnights 🌌 Thank you @amazonmusic for premiering this, the first video for Anti-Hero will be out tomorrow at 8am ET. And Midnights will be here SO SOON!!!https://t.co/jjqUNkpPke pic.twitter.com/xzmqXa5Cqy

Midnights is out now on Republic.