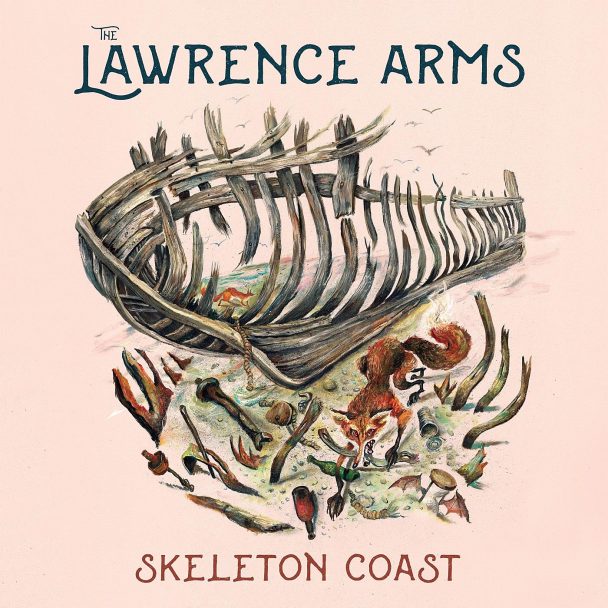 Chicago punks the Lawrence Arms have been making beefy, melodic, catchy ragers for more than 20 years. They are very, very good at it. Today, the Lawrence Arms have released the new LP Skeleton Coast. It’s their first album since 2014’s Metropole and their seventh overall. (It’s also their first since frontman Brendan Kelly revealed himself as a weird-Twitter overlord.) A punk band that’s been around that long is not really supposed to be able to summon vast reserves of energy at will; look at his inconsistent the Lawrence Arms old peers in the Alkaline Trio have been over the years. But I’ll be goddamned if the Lawrence Arms don’t still sound like themselves.

Skeleton Coast is an album of big singalong choruses and sweaty majesty. It’s not exactly a big aesthetic leap for this band, and there’s a good chance that nothing on the album will surprise you, though the weird voices on “How To Rot” caught me unawares. But the Lawrence Arms still have a way with muscular pogo melodies and sharply sentimental lyrics, and Skeleton Coast is a rock-solid piece of hearty grown-man big-room punk rock. It’s an enormously satisfying record. Check it out below.

Skeleton Coast is out now on Epitaph.