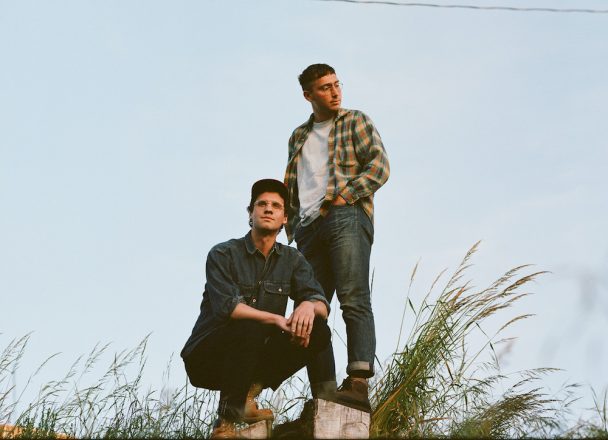 Whitney, the deeply chill Chicago indie duo, recently went through a traumatic experience, when the members of the band were robbed at gunpoint in broad daylight in Portland. But today, they are returning to the business of releasing profoundly relaxing guitar music into the world. Whitney released their most recent album Forever Turned Around less than a year ago. Since then, they’ve covered a bunch of songs, including Wilco’s “Far, Far Away.” Today, Whitney have dropped two new covers of beloved pop standards.

First up, Whitney have released their take on “Take Me Home, Country Roads,” the 1971 single that turned John Denver into a star. John Denver’s laid-back ramble isn’t too different from Whitney’s usual sound, so it’s a fairly faithful cover. Whitney’s version features Waxahatchee mastermind Katie Crutchfield, who’s been exploring metaphorical country roads in her own music lately. Crutchfield takes a verse on the cover, and she sounds amazing.

At the same time, Whitney have also covered “Rain,” the misty R&B chestnut from SWV. If Whitney were going to cover an R&B song, you’d think it would be a Whitney song, but no. Actually, though, “Rain” is a pretty ideal fit for their whole style — a warm and contented sigh that takes its intuitive groove from a dreamy old Jaco Pastorius bass-groove. Listen to Whitney’s versions of “Take Me Home, Country Roads” and “Rain” below.

Those two Whitney covers are out now on Secretly Canadian.