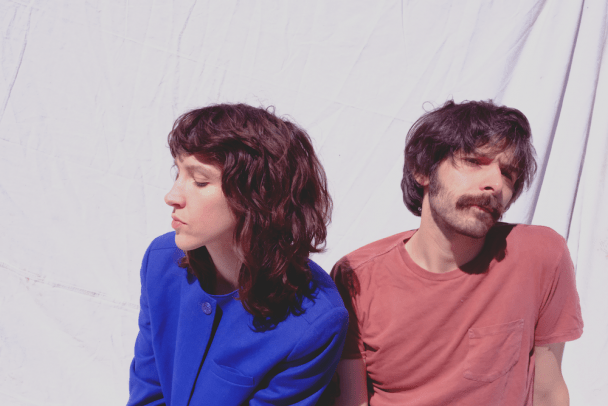 “Plum,” which is also the album’s opening song, is a breezy and atmospheric acoustic rambler topped off by Molly Hamilton’s glimmering vocals and some lovely lead guitar by Robert Earl Thomas. It’s absolute comfort music, gentle and beautiful and light as air despite the weight of emotion it carries. Hamilton shared some background on the track:

I wrote “Plum” about wanting to be more comfortable and casual with thoughts I tend to avoid. Especially when I’m feeling very out-of-step with the world, there’s no use in being nostalgic for “the end of an era” or being afraid of what could happen. But, avoiding the present is kind of my default. I’m trying to be more aware that everyone is on its own trajectory, in its own time, slowly becoming something or becoming nothing.

Plum is out 8/28 on Captured Tracks. Pre-order it here.