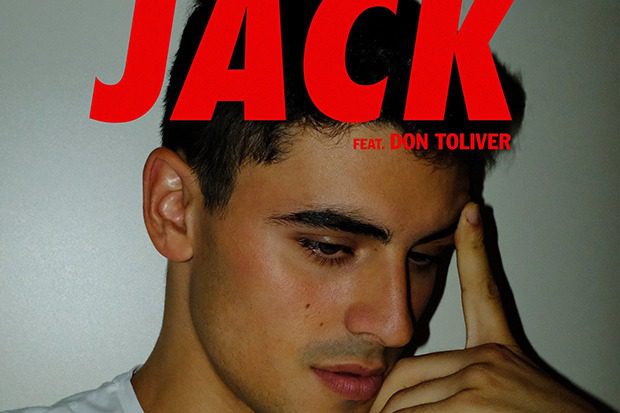 New Music Friday is shaping up to be unexpectedly busy with much-anticipated new releases from Sam Smith & Demi Lovato, Lauren Jauregui, Zhavia and Kelly Rowland. You can now add Jack Gilinsky to that already-stacked lineup. The 23-year-old, who is best known for as one half of Jack & Jack, is making his solo debut with “My Love.” It features fellow breakout star Don Tolliver (of “No Idea” fame) and is destined to be one of the week’s hottest releases. You can pre-order the track here.

“This is a moment I’ve been waiting to share with you for a very long time,” Jack captioned the cover art on social media. “My debut single drops THIS FRIDAY — MY LOVE ft. @dontoliver. I can’t wait to share more of the story [and] our journey this Thursday night before it’s out.” Of course, Jack & Jack was part of the first wave of social media stars that ventured into music. And the duo did rather well. They landed a massive worldwide as the voices of Jonas Blue’s “Rise” and dropped a well-received album last year. See Jack G’s announcement below.

this is a moment i’ve been waiting to share with you for a very long time. my debut single drops THIS FRIDAY — MY LOVE ft. @dontoliver. i can’t wait to share more of the story & our journey this thursday night before it’s out. pre-save link in bio. see u soon ♥️

Are you excited for Jack’s solo debut? Let us know below, or by hitting us up on Facebook and Twitter!