New Order Is Back With Synth-Pop Anthem “Be a Rebel” 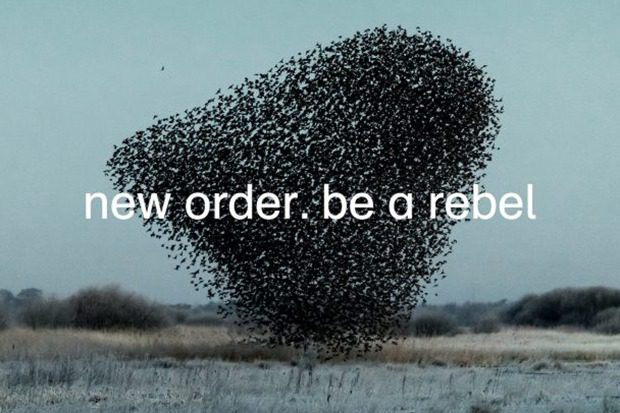 With stone-cold classics like “Blue Monday,” “Bizarre Love Triangle” and “True Faith,” New Order was one of the most influential bands of the ’80s. And they have never stopped releasing great music, although it has become somewhat sporadic. The Brits returned this week with their first new single in five years. Originally time to coincide with a (since postponed) tour, New Order decided to “Be a Rebel” anyway — and I’m glad they did. There’s something comforting and familiar about the synth-pop anthem.

“I see angry faces, looking at me,” Bernard Sumner begins the song. “And I want to know, what makes them so.” He continues to wax lyrical about outsiders and small-minded people. “So don’t get mad, don’t feel sad,” the frontman sings on the clattering chorus. “Be a rebel, not a devil.” Why the surprise release? “In tough times we wanted to reach out with a new song,” Bernard revealed in a statement. “We can’t play live for a while, but music is still something we can all share together. We hope you enjoy it.” Listen below.