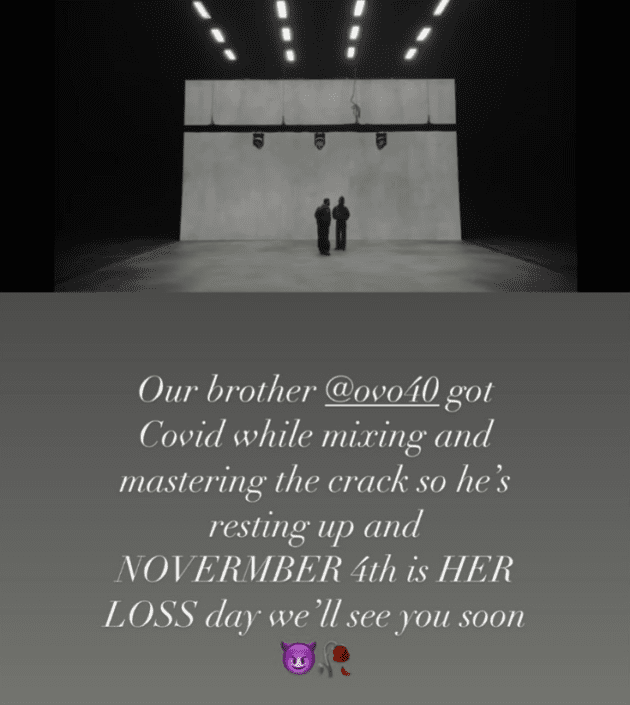 Over the weekend, Drake and 21 Savage released their long-awaited “Jimmy Crooks” video, and made a special announcement for their upcoming collaborative album, Her Loss.

Directed by Mahfuz, the two rap superstars emerged in front of a projected screen with a performance of the hit record before revealing their surprise collaborative album, Her Loss will be dropping October 28. The visual also previewed new music towards the end of the clip. It has since been revealed it will be pushed back to November 4 due to producer Noah “40” Shebib testing positive for COVID.

“Our brother @ovo40 got Covid while mixing and mastering the crack so he’s resting up and NOVEMBER 4th is HER LOSS day we’ll see you soon,” Drake posted in his Instagram story on Wednesday (Oct. 26)

The chart-topping single is the closing track off Drake’s seventh solo album, Honestly, Nevermind, which earned him his eleventh No. 1 debut on the Billboard 200 charts in June. Her Loss will mark Drake’s second album this year, and 21 Savage’s first.