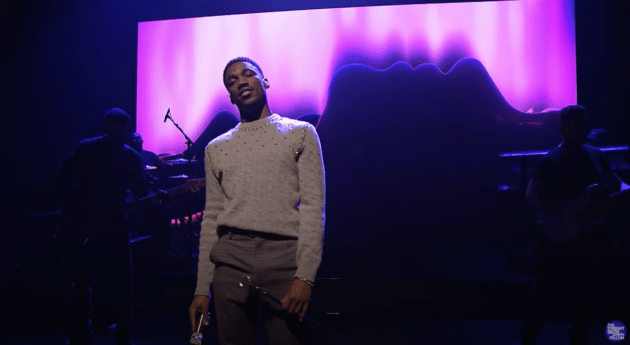 Turn the mic up a lil bit.

Fresh off his BET Awards performance, Giveon served as the musical guest on The Tonight Show Starring Jimmy Fallon on Tuesday night (Jun. 28).

In front of a projected screen, the L.A. crooner gave a breathtaking and lively rendition of his standout single, “Lie Again” alongside his band.

During his interview, Giveon spoke on his new album, Give Or Take, the mic issues during his BET Awards performance and more.