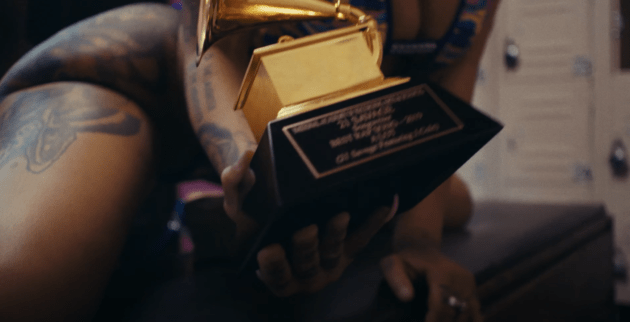 And the winner is…

Hot off the release of their Savage Mode 2, 21 Savage and Metro Boomin bring the chip home in the album’s first video.

Shot on August 26, 21 Savage takes his gramophone on a tour through Atlanta. There, the prized trophy is passed around by locals one by one traveling from block to block, a convenient store, and the strip club.

Back in January, 21 Savage’s “a lot” won Best Rap Song, earning him his first Grammy award.