Jack Harlow revisits his hit smash and brings out the big guns for the rapid-firing remix with Tory Lanez, Lil Wayne, and DaBaby.

For the star-studded gathering directed by Eif Rivera. Jack Harlow sets it off with his braggadocious opener and DaBaby follows up with his Billboard stats. Tory lays down a raunchy verse, while Tunechi brings it home with the encore.

The original record is taken from Jack Harlow’s EP, Sweet Action, which was release back in March. 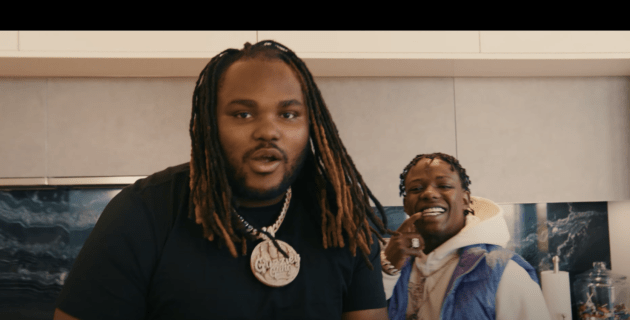 Notice something. Jackboy revisits his Living In History album with his new video featuring Tee Grizzley. At a lavish pad out West, the DrewFilmedIt-video finds the two trading introspective raps. They hit a sneaker shop, turn up on an outdoor patio, run a game of ping pong, chess, and more.

Don’t come inside. Fresh off the release of his Pricele$$ album, Tek brings his untouched flow in the LP’s new video. Directed by Mazi O, the grainy visual depicts the Smif-N-Wessun rapper lashing out on fake thugs over Drawzilla’s beat and Statik Selektah’s scratches. Tek links with his Duck Down crew to put in work […] Respect the Hyde. Hot off the release of his Plates 2 On The Way EP, Black Soprano Family’s Rick Hyde gives the opening track its visual treatment. From work in the studio to kicking it at his hotel suite, Rick Hyde demands his just dues from his come up to his newfound success. Respect!