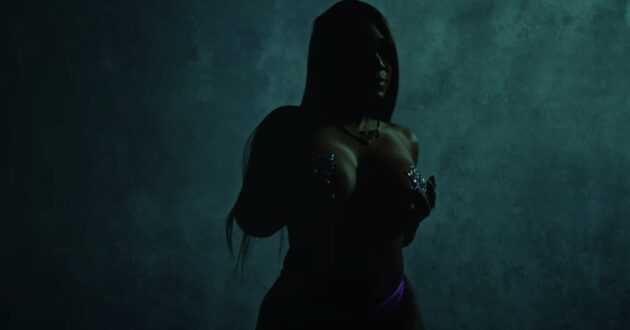 Playboi Carti isn’t hard to find in his new music video. The track is the first offering off his long-awaited album, Whole Lotta Red.

Silhouetted on a teal backdrop on a dimmed set, Carti responds to his haters while his lady co-star sporadically appears dancing seductively. As the clip blacks out, the rapper reappears and continues his address for his critics. Talk your shit.

A few weeks ago (April 3), Carti was arrested in Clayton County, Georgia during a traffic stop and charged with drug and gun possession. He has since been released.