Trae’s for the children.

Trae Tha Truth loves the kids. And for his new video, the Houston rapper starts them young with breeding stars Baby Houston, Jared, and Baby Truth.

In the uplifting clip, the proud father bares his ABN brand and shares the spotlight with his kids. Papa is the truth. Keep playing that song. It’s a blast from the past on Smoke DZA’s new record featuring Wiz Khalifa, Curren$y, and Big K.R.I.T. Named after the former NYC club in Tribeca, and over a Girl Talk flip of a Zhane classic, DZA, Wiz, Spitta and K.R.I.T. bring nothing but party vibes for the track’s animated video. […]

Need a lift? Rubi Rose knows how to get the party jumping in the video to her new single featuring K Camp. Outside a lively gathering, Rubi raps her seductive raps on a tricked out bike while her fellow lady gang twerk beside a lowrider. K Camp enjoys the fun with the company of female […] 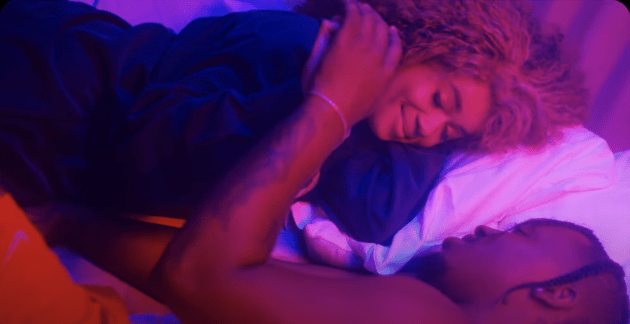 Blxst continues his love story in the latest feature presentation off the L.A. singer’s No Love Lost EP. Proceeding after “Overrated” and “No Love Lost“, the third episode of his four-part series finds Blxst and his lady sharing passionate and intimate moments before a twisted home invasion begins to take place. To be continued.