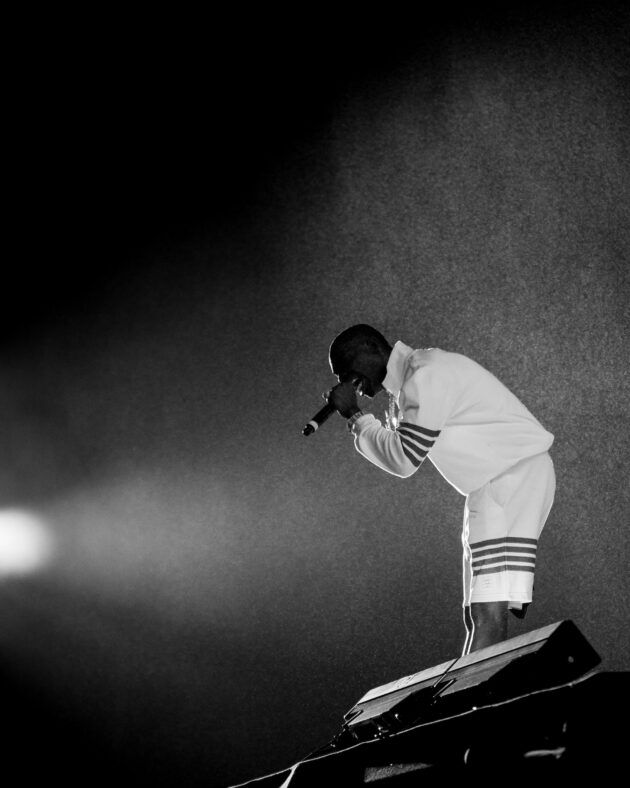 Rolling Loud is back outside. The biggest rap festival in the nation finally kicked off in Miami and put the most powerful names in the rap game back in their element. After taking a year off due to the pandemic, Rolling Loud transformed the Hard Rock Stadium in Miami Gardens into a hip-hop amusement park complete with carnival rides, pop-ups by popular brands, breath-taking art work and, of course, four stages full of vibrant performances.

Each stage was packed with a wide range of rappers and singers. The Dryp stage, located in front of the festival’s ferris wheel, was home to a mixture of rising talent like Nardo Wick and Erica Banks as well as seasoned MC’s like Dave East, Sada Baby, K. Camp, Zoey Dollaz and more. Newer artists like Roc Nation’s Kalan.frfr took advantage of the most intimate stage on the grounds to connect with their fans.

“We went crazy,” Kalan.frfr told Rap Radar. “The fans was rocking with me, singing every song with me. It was dope. I felt the love from the stage.”

As festival-goers trek across the enormous fields full of pricey food, drinks and other snacks, they come across two more stages. The Audiomack stage hosted some of the most lit artists at the festival. Although the video wall had collapsed the day before, the stage stood firm as it hosted gritty sets from the likes of Moneybagg Yo, EST Gee, Morray, Lil Durk, Wale, Rod Wave and Gucci Mane. Next door, the Monster Energy stage was housed under a pink tent that was giving big circus vibes, but there were no clowns to be found. Heavy hitters like Curren$y, the Griselda crew, Young Dolph, and more shut down the stage throughout the weekend.

By nightfall, the journey towards the Ciroc stage was congested coming from the Audiomack stage. Once festival-goers got through the mobs of people, they couldn’t miss the presence of the biggest platform on the festival grounds. With the Loud Club off to the right side, the Ciroc stage had the largest audience at all times. The gigantic space held WWE Smackdown’s groundbreaking matches between Angelo Dawkins and Chad Gable plus Bianca Belair and Carmella. It hosted an array of unforgettable performances from Playboi Carti, City Girls, Ski Mask The Slump God, Lil Baby, and Bobby Shmurda — who debuted brand new music during his set on Day 1.

Fans screamed and immediately ran over to the Ciroc stage when the DJ yelled Shmurda’s name. He hit the stage to the tune of his original smash hit “Hot N*gga.” The Miami-born, Brooklyn-raised rapper moved on to perform other songs like “Bobby Bitch” and some unreleased music. He also revealed that he’s been spending his time in Miami shooting new music videos.

Day 2 was full of surprises. Wale pulled up to the Audiomack stage and had the entire crowd singing his verses from “No Hands” to “Lots Flower Bomb.” He even brought out Eric Bellinger to perform collaborations like “G.O.A.T.” And rock the hooks to other Wale classics like “On Chill” and “The Matrimony.” Over at the Monster Energy stage, Griselda had the festival on lock after Armani Caesar brought out her label mates Westside Gunn and Conway the Machine. Benny The Butcher followed up and kept the same energy during his set by bringing his Griselda crew out to rock the mic once again.

Meanwhile, at the Ciroc stage, Don Toliver impressed the crowd by bringing out Kali Uchis for their new song “Drugs N Hella Melodies.” Later on, Kodak Black finally rocked his Rolling Loud performance two years after he was arrested right before his set. Kodak delivered his classics but also surprised the crowd by announcing his new album is coming in October, and bringing out Tory Lanez. Later that night, it began to pour down rain, but that didn’t stop Roddy Ricch from taking center stage to deliver his round of hits from “High Fashion” to “The Box.” Roddy cleared the way for Young Thug’s major set. Thuggery unleashed a slew of hits like “Ski” and even debuted a new song called “TikTok” off his upcoming Punk album, all while performing on top of a ginormous, caged spider.

Rick Ross, Megan Thee Stallion, DaBaby, Gucci Mane, Lil Uzi Vert and more artists helped close out Day 3 of the festival in a major way. Rozay invaded the Ciroc stage with his MMG crew and performed his classics like “Hustlin’”, “Stay Scheming” and more before bringing out Wale. Later on, Megan Thee Stallion returned to Rolling Loud with music off her critically-acclaimed project ‘Good News’. Shortly after she left the stage, DaBaby made his grand entrance. The Charlotte native claimed he would have the most lit set of the weekend, and he was right. After getting nasty with a dancer on a whole bed on stage, DaBaby became a trending topic once he brought out Tory Lanez out to perform their collaboration “Scat.”

The Ciroc stage also housed sets from headliners ASAP Rocky, Travis Scott and Post Malone. Once he made his way to center stage while rocking his signature Testing mask, Rocky jumped into the crowd and soon began to crowd surf with the help of his loyal followers. As the roars from the crowd echoed throughout the festival, Rocky and his mob of crash dummies opened up the mosh pit as he performed songs like “ASAP Forever.” He even brought out A$AP Ferg to perform “Plain Jane” and Uncle Luke to perform his classic “We Want Some Pussy” from his 2 Live Crew days. Rocky also debuted a new song from his upcoming album during his set.

Travis Scott brought AstroWorld to Rolling Loud with his signature grand-scale theatrics and killer pyrotechnics. He kicked off his set by debuting a new song “Escape Plan.” He had teased the record earlier that day, but he performed the song in full for his ragers that night. Scott continued his set by bringing his other beloved bangers to life like “Butterfly Effect” and “Highest In the Room.” Later on, he threw a curveball at the crowd by performing another new song a capella and by bringing out Migos to perform their ‘Culture III’ banger “Straightenin”. Afterward, the Cactus Jack founder stood at the helm of a circular platform which was elevated above his unique stage set-up. That’s where he performed “Sicko Mode” (without Drake unfortunately).

Post Malone has come a long way since his previous Rolling Loud Miami appearance in 2018. As the closing headliner, Posty delivered a performance his fans won’t forget. His abstract stage set allowed him to be the center of attention. The colorful lights turned the “White Iverson” rapper into various hues as he delivered songs like “Take What You Want,” “Paranoid” and “Better Now.” He closed out his set with “Congratulations” in honor of all of those who made it through the pandemic. It was the perfect way to conclude the first major festival to occur since the pandemic began. 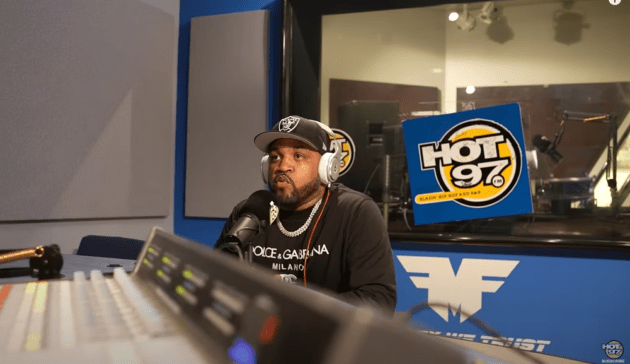