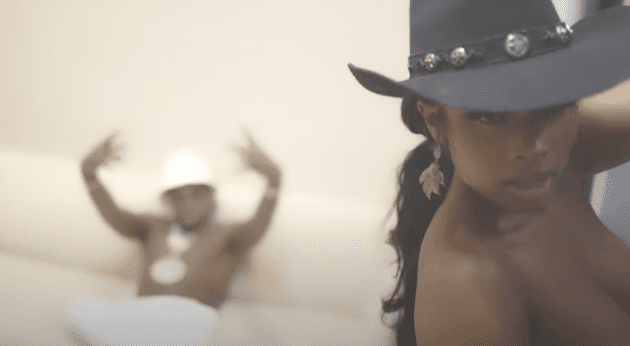 How about some hardcore?

Fresh off the release of The Liz 2, Armani Caesar gives the visuals behind her “Diana” collaboration alongside Kodak Black.

Over a laid-back and hypnotic instrumental, the Queen of Griselda puts her peasants in check as she glams up alongside her Kodak and dances nearly topless for him. “But good dick ain’t better than a bankroll / So a broke nigga better be thankful,” she continues, before Kodak Black showers is lady with riches.

The Liz 2 is the latest album from Armani Caesar, which also features guests Westside Gunn, Conway The Machine, Benny The Butcher, Stove God Cooks, and more.