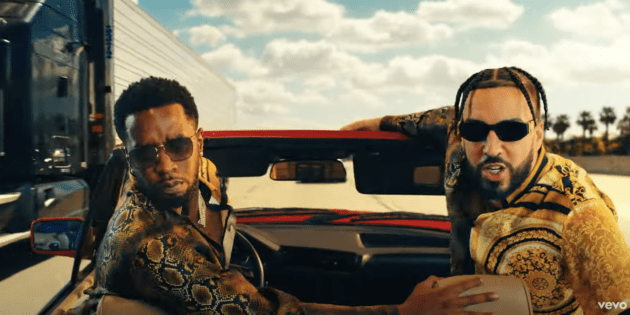 French Montana pays the haters no mind on his new solo record, “I Don’t Really Care”. On the trunk-rattling banger, the Bronx rapper gloats his lavishing lifestyle and his endless success.

For his self-directed video with Edgar Esteves, French Montana is centered in a series of action-packed scenes. He leaps off a roof and crashes unscathed on top of a car, plays sniper on a rooftop and more. Elsewhere, he’s doing dime in the pen, portrays POTUS and reenacts music videos by Childish Gambino, The Weeknd and with Puff.

Coincidently, the solo record comes days after being centered as a joke of Squid Game meme asking to name five French Montana songs without features.