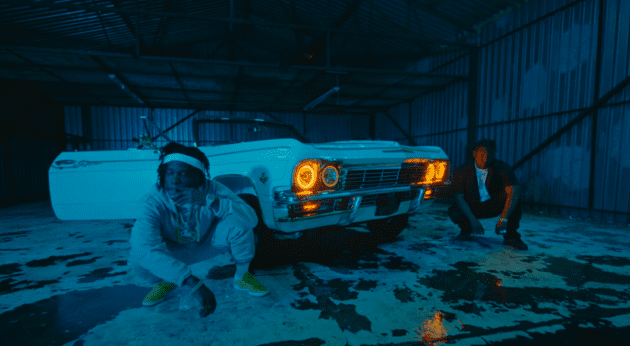 Hit-Boy connects with Curren$y for his “Tony Fontana III”.

Courtesy of EightSix Productions, the Fontana, CA native and N.O.s finest trade braggadocious bars alongside a drop top convertible in a garage and on a hillside with a model, family, and an assortment of souped up vehicles.

Hit bigs up Nipsey on the hook rapping, “I’m in love with this gangsta shit / In my tape deck, running it back / This shit is a Marathon but we ain’t running no track,” while Curren$y delivers a hot verse. “We way more dangerous / Some niggas hate us when they need to thank us,” adds Spitta.

The collaboration marks the third installment of Hit-Boy’s “Tony Fontana” song series. The previous appeared on his 2018 Tony Fontana album and the first debuted the previous year on his Half-A-Mill project with Dom Kennedy, Courtesy Of Half-A-Mill.