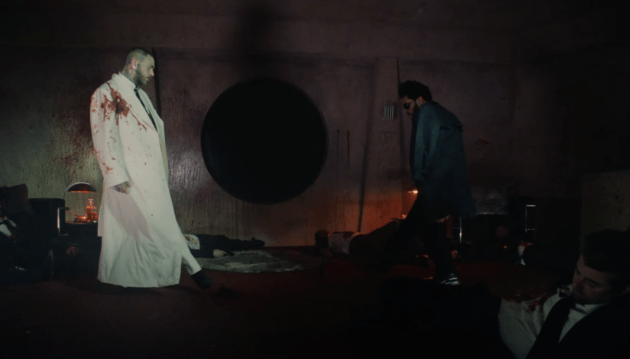 Postey and Abel shoot it up in the video for “One Right Now”.

Directed by Tanu Muino, the bloody and graphic visual finds the two hitmakers in a series of shootouts with their enemies. The Weeknd displays his handgun skills killing his opponents one by one, while Post Malone slays his opps with a powerful shotgun. The final scene finds the two facing off head on for the final draw.

The uptempo collaboration follows Post Malone’s previous single “Motley Crew” and are both off his forthcoming album.