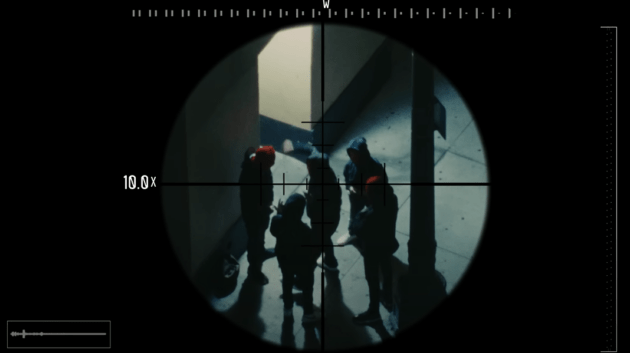 One month after releasing the single, TDE’s REASON doesn’t miss the mark in the track’s complimentary video, “Barely Miss”.

Directed by Jazz Carter and Carlos Acosta, the Carson, CA rapper commands a ski-masked crowd at a warehouse with his fiery bars, while a young child witnesses a series of gritty scenarios including a transport of money, strippers dancing, a robbery, and more.

Produced by Vinylz, Allen Ritter, and Manessh, “Barely Miss” was first premiered live on A COLORS Show. It arrived off the heels of his previous drop, “It Is What It Is” with Jay Rock.