Westside Gunn delivers a two-for-one with the music videos for “Mac Don’t Stop” and “Nigos Louis”.

Directed by Daily Gems, “Mac Don’t Stop” finds Westside Gunn touching down in New York City where he makes pit stop at a gas station and a jewelry shop.

“I love you like you one of my sons/ Make sure you wearing gloves when you load them drums”, he raps over the Pete Rock-produced track, who also makes a cameo outside a corner store with Gunn.

The double-feature presentation segues into “Nigos Louis” following the FLYGOD back in his Buffalo stomping grounds. “Pino, G Baby, Will, Big Ray, Armond got knocked / Came home, half a million-dollar bond,” raps West from inside a trap house.

Both “Mac Don’t Stop” and “Nigos Louis” can be found on Westside Gunn’s most recent album, 10 featuring A$AP Rocky, Ghostface Killah, Raekwon, Black Star, Run The Jewels, Conway The Machine, Benny The Butcher, and many more. 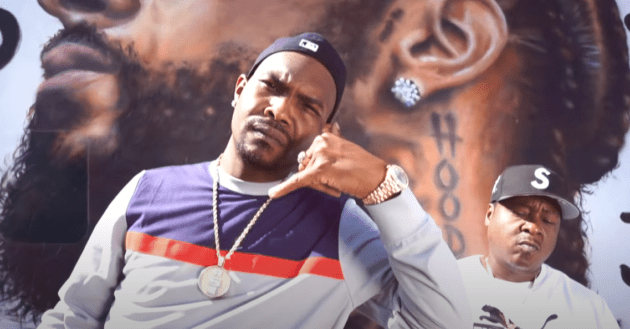 This Marathon Continues. J Stone connects with Jadakiss in Los Angeles in the accompanying video to their “No time (Remix)” which also features Swizz Beatz. In the clip, the two rappers trade raps from inside The Marathon clothing store to a mural of the late Nipsey Hussle. “This that “Eats meets West” shit, that Swizzy […]