D.A. Stern is a longtime NYC producer and engineer now based in LA. He’s got a fun project called Mmxxtape dropping next week, an EP full of covers (two by “Weird” Al Yankovic and one by Frank and Nancy Sinatra) and collaborations with the likes of Vampire Weekend’s Chris Tomson (aka Dams Of The West), Bodega’s Ben Hozie, Alex Winston, and Photo Ops. The project leads off with an enticing convergence of talent: The genre-flouting “2 Drink Minimum,” out today, finds Stern teaming with pop-rock favorite Colleen Green and Fat Tony, an underground rap mainstay who keeps one foot planted in the punk and indie rock sphere. Bolstered by a heavy ’80s pop groove and some late-breaking saxophone blares, it’s musically quite satisfying, an effect amplified by director Thaddeus Ruzicka’s noir-ish music video.

“2 Drink Minimum” was born from a song that I was working on where I absolutely loved the track but couldn’t figure out a vocal approach that did it justice. It’s inspired by film noir and I wouldn’t argue with someone for detecting a Twin Peaks influence. So I thought inviting a rapper would take the pressure off of having to come up with something and it might also add to the otherworldliness of the whole thing. Fat Tony is a new friend I made here in LA and Colleen Green is an old friend from my New York days. They also happen to be friends with each other and their sensibilities, despite representing seemingly disparate music, match really well. Surprisingly, some people have asked me if I wrote the lyrics to Tony’s verse. I usually tell them to listen to it more closely.

As for the video:

I called Thaddeus because I was excited by the idea of a noir detective finding hotdogs at a crime scene and we just started spitballing the classic tropes and calling cards of the genre. The idea was to make a sort guerrilla-style “Sabotage” meets Raymond Chandler video, but Thad took it up a notch. And even more amazing than Fat Tony and Colleen Green agreeing to do the song was that they were down to be in the video. I’m really proud of this one and I haven’t eaten a hotdog since.

Watch below, where you can also hear Stern’s cover of Yankovic’s “Since You Been Gone” with Dams Of The West. 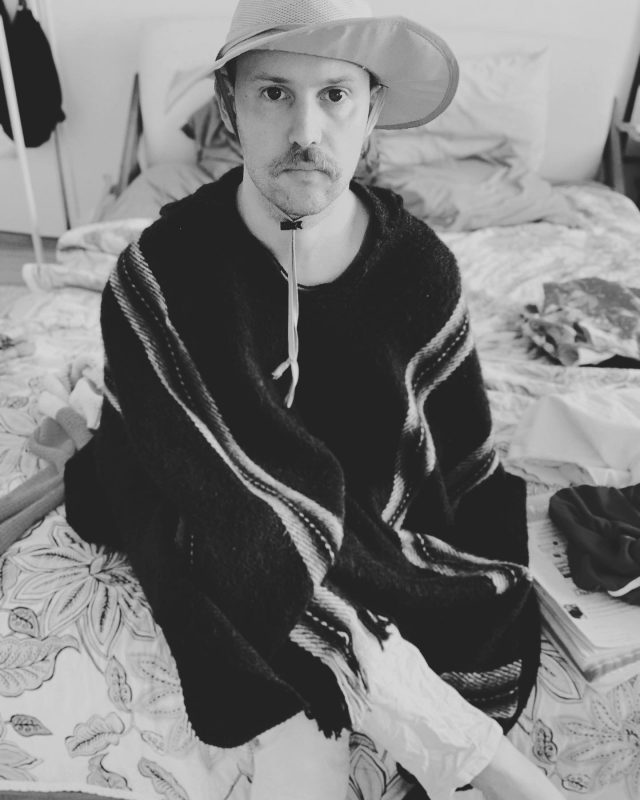